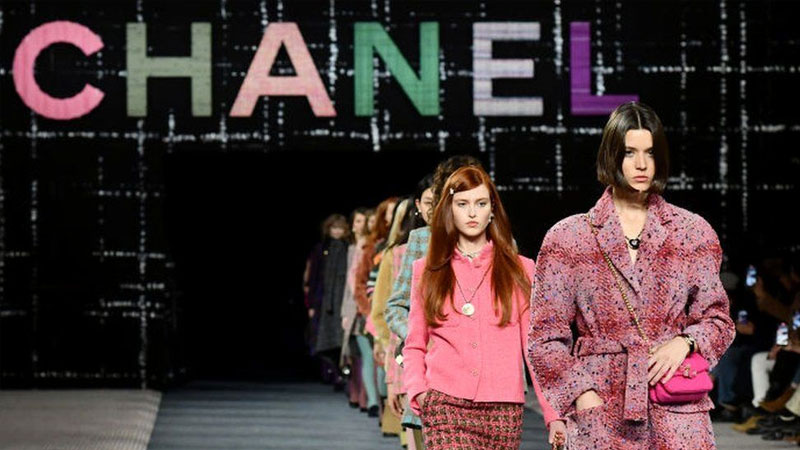 French luxury giant Chanel has stopped selling its products to people who intend to take them to Russia, after shutting its stores in the country.

Moscow and some customers have accused the firm of being anti-Russian, and threatened to boycott the brand.

Chanel says it is just complying with European Union (EU) sanctions, which ban the sale to Russia of luxury goods priced at more than €300 ($327; £250).

Many Western firms halted operations in Russia after the Ukraine war started.

Chanel told the BBC that sanctions, imposed by the EU, as well as Switzerland, also prohibit the sale of luxury items to individuals who intend to use them in Russia.

The company said it "complies with all laws applicable to our operations and employees worldwide, including trade sanction laws".

"This is why we have rolled out a process to ask clients for whom we do not know the main residency to confirm that the items they are purchasing will not be used in Russia," Chanel said in a statement.

"We are currently working on improving this approach and we apologise for any misunderstanding this may have caused," the company added.

"Welcoming all our clients, regardless of where they come from, is a priority for Chanel."

Some Russians have said that they have been turned away from Chanel stores around the world.

Influencer Anna Kalashnikova said on Instagram that she was stopped from buying Chanel products in Dubai.

Ms Kalashnikova posted: "Since I often come to Dubai as the host of Fashion Week, the managers of Chanel recognised me, approached me and said: We know that you are a celebrity in Russia. We know that you will go there, so we can't sell you our brand items."

"Western boutiques ask for identification data, and when you [give] a Russian number, the salesmen say, now we sell things to Russians only under the promise that they will not take them to Russia and that they will not wear them there," Ms Kalashnikova said.

"Russiaphobia in action. I experienced it myself," she added.

In an Instagram video, Russian model Victoria Bonya cut up what appears to be a black quilted Chanel bag.

"Bye bye" Ms Bonya said as she threw the pieces aside.

"If Chanel house does not respect their clients, why do we have to respect Chanel house?" she said.

Many Western brands have halted their operations in Russia. Early in March, luxury retailers Chanel, LVMH, Hermes and Kering said they would temporarily shut their shops in the country.

On Tuesday, the EU, along with the US and G7, said it would propose further sanctions against Russia, following allegations of Russian war crimes in Ukraine.

The G7 (Group of Seven) is an organisation of the world's seven largest so-called "advanced" economies, which dominate global trade and the international financial system. They are Canada, France, Germany, Italy, Japan, the UK and the United States.

Earlier measures have targeted individuals including Russian President Vladimir Putin and hundreds of Russian politicians and oligarchs, as well as the country's financial and energy sectors.