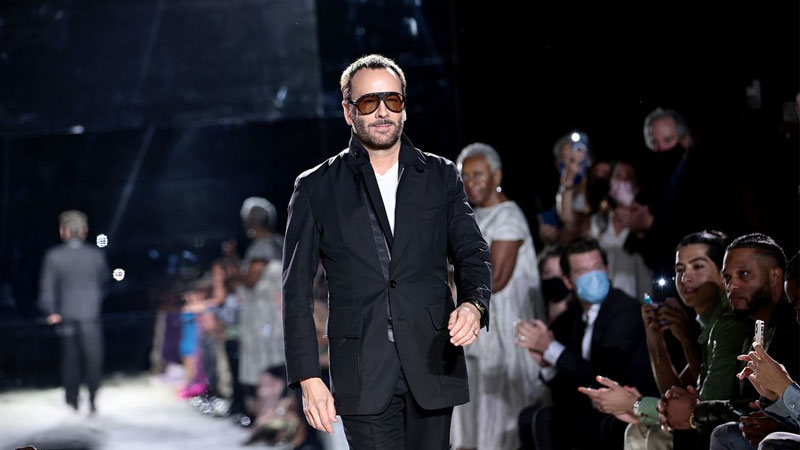 Designer Tom Ford has made the decision to cancel his Autumn/Winter 2022 show — which had been scheduled for 8 pm on Feb. 16, the last day of New York Fashion Week — citing recent Covid-19 outbreaks in his Los Angeles design studio and atelier, as well as factory shutdowns in Italy.

Images from the collection will now be released at a later date, announced in the coming weeks.

Ford, who is also the chairman of the Council of Fashion Designers of America (CFDA), said in a statement. “We have struggled internally over the past month with many of our staff out with Covid in our design studio and atelier in Los Angeles as well as in our factories in Italy.

We have tried everything possible to avoid canceling our New York show but ultimately are faced with the sad fact that we will simply not have a completed collection in time....” In mid-January, the CFDA released its preliminary “American Collections” calendar with a relatively full slate and the caveat that things were likely to change as Omicron variant continued to spread.

A man in his 30s from Tau Village, Nadroga has passed away following an accident after 9 last night. Police say the victim was driving the vehicle ... 44 minutes ago
LATEST NEWS