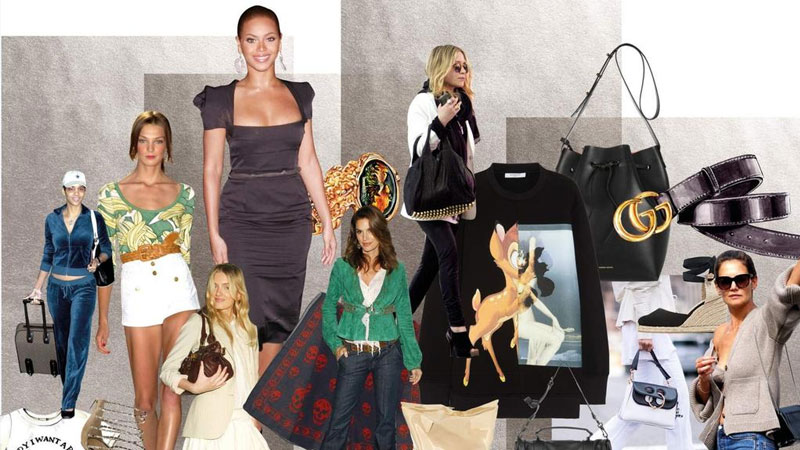 If you’re a self-confessed fashion fan, then it’s safe to assume you’re well-acquainted with Net-A-Porter, the luxury e-tailer widely considered a world leader thanks to its expertly curated edit of products across fashion, accessories and beauty categories. Stocking brands such as Alexander McQueen, The Row, Bottega Veneta and Gucci, the site is a go-to for those looking to secure the industry’s most sought after items.

Complete with the knowledge of the purchase habits of millions of customers across the globe, Net-A-Porter is well equipped to weigh in on the top trends that have defined each season, the up-and-coming brands that are ones to watch, and the new products that are worth investing in. As such, the site has become a reputable resource for shoppers eager to ensure they’re first in the fashion finish line.

With two decades worth of experience now under its belt, Net-A-Porter has released a list of its best-selling and most-wanted items from the past 20 years, in celebration of its mammoth 20th anniversary. Sharing exactly which items reigned supreme each year, from 2000 until today, the comprehensive list is one that promises to evoke a sense of fashion-fuelled nostalgia in each and every one of you.

Kicking off the Noughties with a statement tee, it was Luella’s ‘Daddy I Want a Pony’ T-shirt, which was presented by journalist-turned-fashion designer Luella Bartley in her first-ever collection, that was crowned the best-selling item of the year 2000. Fast forward to 2003, and it was Juicy Couture’s velour hoodie, worn by the likes of Jennifer Lopez, Paris Hilton, Mariah Carey, Britney Spears and Lindsay Lohan, which took out first place.

French fashion house Chloé was notably the only brand that managed to make Net-A-Porter’s most-wanted list twice—first with Phoebe Philo’s banana-print cropped T-shirt in 2004, followed by the creative director’s ever so iconic Paddington bag in 2006. According to the e-tailer, all 8,000 versions of the It bag sold out promptly after it made its debut on the spring/summer 2005 runway.

A number of other instantly memorable items such as Givenchy’s 2013 Bambi sweatshirt, designed by Riccardo Tisci and worn by the likes of Beyoncé, Anna Dello Russo and Lily Collins, Alexander Wang’s 2010 Rocco bag loved by the Olsen twins, and Alexander McQueen’s 2008 skull scarf, which first appeared on the runway in 2003 and remains a staple to this day, were each recognised by Net-A-Porter as best-sellers.

To find out which items made the list in recent years, and to count how many of these products you have in your own wardrobe, scroll on for a complete list of the best-selling items on Net-A-Porter from the past 20 years.