The bell bottoms: from the runway to the high-street

The bell bottoms: from the runway to the high-street 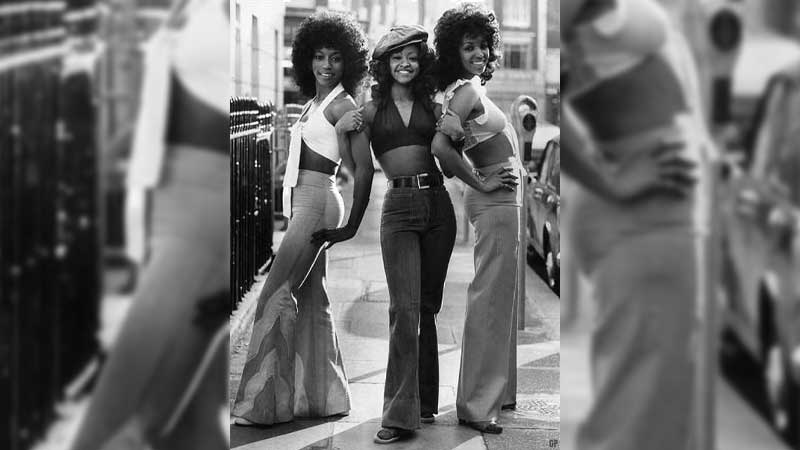 Just like the skinny jeans and other trends that have crept into peoples wardrobes over the years, the bell-bottoms have divided and united fashion enthusiasts time and again. Used at first by the US Navy, they were worn at the beginning of the 19th century by sailors who didn’t have proper uniforms to work in. They were officially adopted by the British Royal Navy mid-century and were, at the time, an easy bottom option to roll up for practicality.

A century later, the bell-bottoms gained in popularity thanks to the hippie culture of the 1960s and 70s, worn with a range of heeled shoes from clogs to boots set on Cuban heels. They’re named after their shape, which is rather close-fitting at the thighs and becomes wider at the knees but are often referred to as flare trousers as well. Many iterations saw the light of day with the years, chief among them the loon trousers - even wider at the hem - and elephant bells - a style that covers the shoes entirely. In the mid-1990s, the bell-bottoms became the bootcut, a less wide and more fitted version.

The bell bottoms slowly disappeared from the collections in the 2000s and were almost non-existent in the early 2010s, before making a glorious come-back over the last couple of seasons. Runway shows have showcased endless flare styles, whether it be leggings, denim jeans or suit trousers. In the 2022 collections, we’ve spotted a retro, striped yellow and green version at Moshino, an oversized denim one at Gabriela Hearst and a sleek, embellished style at Versace. At Bogdar, the bell-bottoms were detailed with modern slits at the front while at 16Arlington, they came extra-long to cover the shoes. 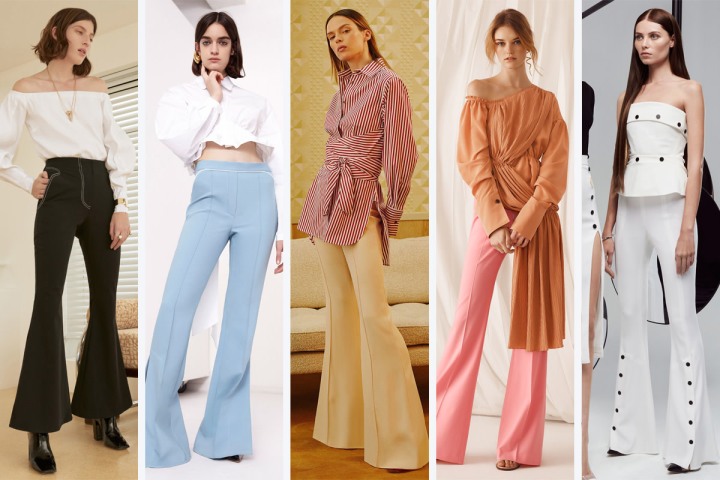 The flare is back

The flare style has made its way back to fashion thanks to a large number of designers who have reinterpreted it in the last few seasons. They popularised the trend to a level of fame that definitely rivals the one it had in the 1960s and early 70s.

But the bell bottoms are adopted by more and more fashion lovers not only because of their retro-inspired aesthetic but also because they present many advantages for our modern wardrobes. The flare shape elongates the silhouette like no other, creating a slender, sleek look that catches the eye. They do have a vintage inspiration that’s particularly relevant at the moment, yet their appeal resides in the wonders it does to the allure. Blue denim can easily be paired with a smart white shirt and classic loafers while a black, cotton version is ideal with a fitted blazer and chunky sweater. The options are endless and bell-bottoms can make an outfit on their own, hence an unmatched interest in this style, all generations included.

The flare trend has been reinterpreted in an infinite array of styles, and at all price points. This season, FreePeople has introduced an oversized denim version that comes in a palette of vibrant colours - from bubble pink to neon orange. On the high-street, Pull & Bear has a timeless black option that’s detailed with a ring waistband whereas Boohoo reinterpreted the flare jeans in a light wash. Iconic denim brand Levi’s has designed a new style that’ll surely become a new classic - the 70’s High Flare Jeans - while at Gucci, the bell-bottoms come in a more tailored shape, with the brand’s logo appliquéd at the hem.

From over-the-top, embellished styles to paired-back, timeless options, the bell-bottoms have come and gone many times over the decades. One thing for sure? They’re a safe bet for the season ahead, so we’ll get plenty of mileage from them.