Priyanka Chopra's bold fashion has made her a global style icon

Priyanka Chopra's bold fashion has made her a global style icon 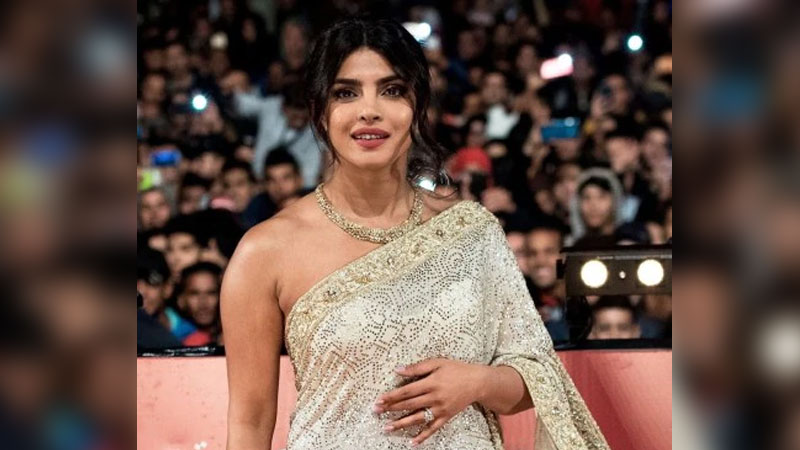 Priyanka Chopra is an actress, producer, philanthropist, singer and former Miss World. And, as has become evident in recent seasons, she is also a style icon.

Chopra's aesthetic has evolved over the past few years, transforming her from girl next door to fashion queen, both on and off the red carpet.

Chopra even caused a spike in online searches for the terms "golden saree" and "red lehenga" when she wore them to her wedding to pop singer Nick Jonas in December 2018. 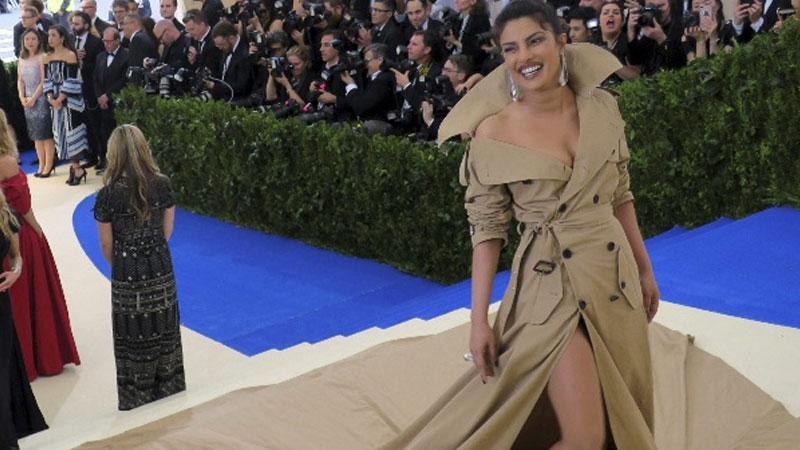 Priyanka Chopra attends the Met Gala on May 1, 2017 in New York City

Chopra's style is bold, polished and glamorous. Nowhere is that more evident than on the red carpet.

Chopra has been earning acting accolades since making her Bollywood debut in 2003. She has since become a Hollywood regular after starring as an FBI agent in ABC's "Quantico" from 2015 to 2018. In the US, Chopra started gravitating towards more relaxed fits and international designers, embracing retro jumpsuits and edgier leather looks.

But it wasn't until 2016, that her fashion credentials crystallized. That year saw the star wearing one flawless outfit after the other -- a glam embellished white strapless gown by Lebanese designer Zuhair Murad at her maiden Oscars ceremony; a cerulean Atelier Versace stunner at the Billboard Music Awards; and a sharp white suit by ST.studio by Olcay Gulsen at the Time 100 Gala. 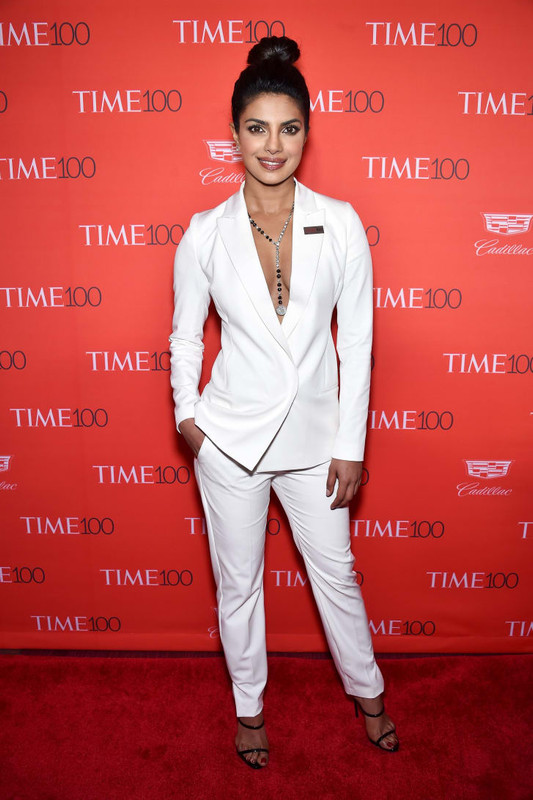 For her Met Gala debut in 2017, Chopra wore custom-made Ralph Lauren trench coat with a dramatic collar and sweeping train. She followed it up in 2018 with an intricate beaded headdress.

Then, last year, she matched a feathery silver-and-pastel gown by Dior, with frizzled hair, silver-frosted brows and raspberry eyeshadow. 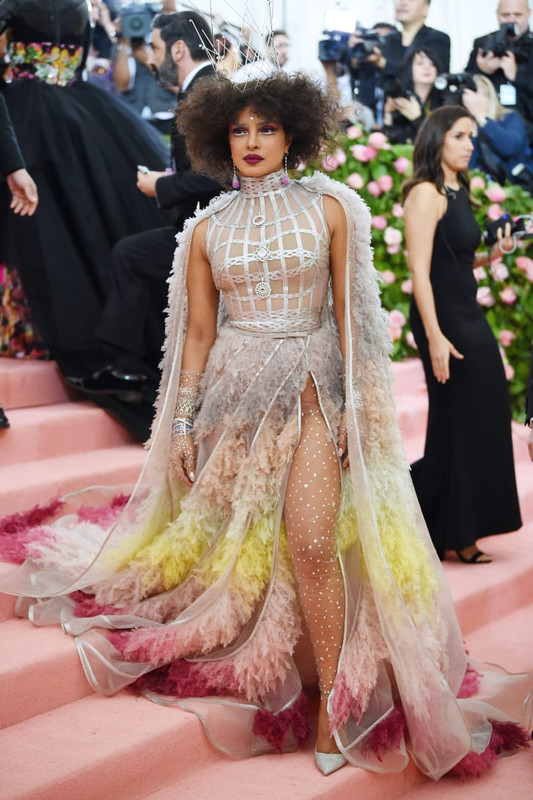 While she's made her love for couture and international brands clear, Chopra has also embraced designers from her native India.

Since the start of her career, the actress has proudly shown off her roots by supporting and showcasing Indian designers, from more established names like Sabyasachi, Anita Dongre and Manish Malhotra -- all fashion powerhouses in India -- to up-and-coming talents, like Masaba Gupta. 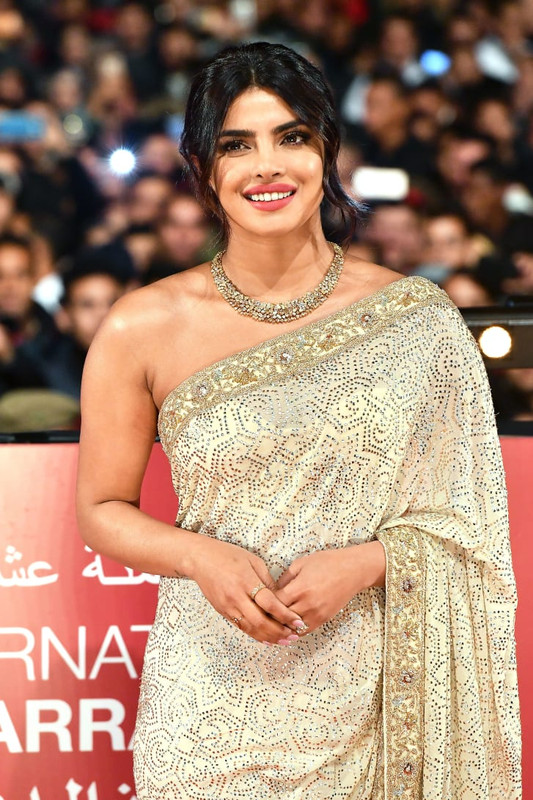 In February, she walked the finale of India's Blenders Pride Fashion Tour, an annual event that scouts new talents in association with the Fashion Design Council of India, to show her support for local creatives.

But her Indian ancestry shone the brightest at her lavish five-day nuptials to Jonas, when she sported one elaborate traditional Indian dress after the other.

They included a silver beaded lehenga from label Falguni Shane Peacock that took 12,000 hours of work, and a red one by designer Sabyasachi, stitched by 110 embroiderers. Chopra's enthusiasm for diverse looks that span cultures makes her a style icon worth watching -- at home and on the red carpet.