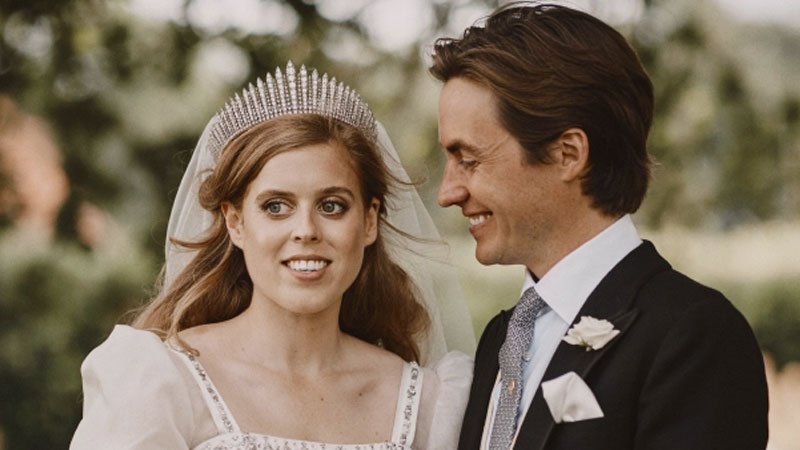 Princess Beatrice’s royal wedding may have been a low-key, private affair, but both her wedding dress and tiara made an impact for their opulence and rich family history.

The royal — who married Edoardo Mapelli Mozzi at a small ceremony at the Royal Chapel of All Saints at Royal Lodge Windsor on July 17 — eschewed a bespoke designer dress for a vintage Norman Hartnell bejeweled gown belonging to her grandmother Queen Elizabeth II, which the queen wore to a performance of “Lawrence of Arabia” in 1962.

Princess Beatrice also looked to the queen’s lavish tiara collection to complete her wedding day look. The princess paired her vintage dress with the Queen Mary Fringe Tiara, which itself has a storied history in the British royal family.

The tiara was commissioned in 1919 by Queen Mary from the House of Garrard, which crafted the tiara with 47 delicate bars of diamonds. The queen later lent the tiara to her granddaughter, then Princess Elizabeth, for her royal wedding to Prince Philip in 1947. 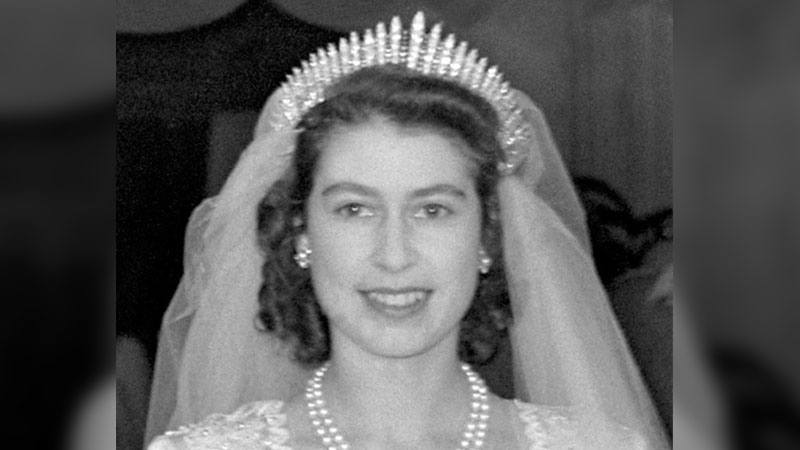 According to the House of Garrard, the delicate tiara snapped on the day of Queen Elizabeth’s wedding day as she was getting ready for the ceremony. The tiara was transported by a police escort to the jeweler’s workshop to be mended just in time for the wedding.

Queen Elizabeth has gone on to wear the tiara frequently throughout her 67 years on the throne. She has also lent the tiara to her daughter, Princess Anne, for her royal wedding in 1973.

Princess Beatrice follows the tradition of young royals borrowing tiaras from the queen’s extravagant jewelry collection. The princess follows her sister, Princess Eugenie, who chose the queen’s Greville Emerald Kokoshnik Tiara for her royal wedding in 2018. The tiara, which takes its style from those popular in Russia’s Imperial Court in the early 19th century, was designed with rose-cute pavé diamonds set in platinum and six emeralds. 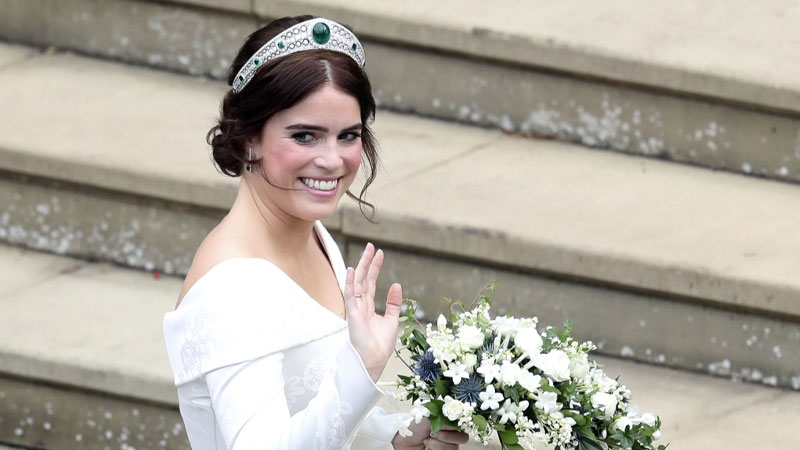 Queen Elizabeth’s granddaughters-in-law, Kate Middleton and Meghan Markle, also sported tiaras from her collection for their own weddings. Markle, the Duchess of Sussex, paired her custom Givenchy wedding gown with Queen Mary’s Bandeau Tiara, which was crafted in 1932 from a brooch Queen Mary received as a wedding gift in 1893.

Middleton, the Duchess of Cambridge, chose the queen’s Cartier Halo Tiara for her royal wedding in 2011. The tiara was commissioned by Queen Elizabeth’s father, King George VI, in 1936 as a gift for his wife before he assumed the throne. The tiara is crafted with 739 brilliant and 149 baton diamonds. 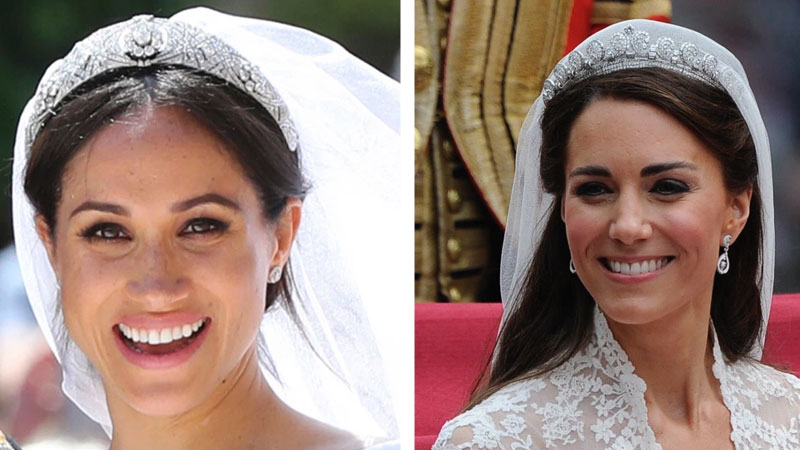 Princess Beatrice and her husband were initially planning a royal wedding at Buckingham Palace on May 29, but canceled the event due to the coronavirus pandemic.

The private wedding ceremony comes amid scrutiny of the princess’ father, Prince Andrew, and his ties to the late convicted sex offender, Jeffrey Epstein.

The prince’s affiliation to Epstein’s crimes gained momentum earlier this month when Ghislaine Maxwell, an associate of Epstein’s was arrested on multiple charges related to Epstein’s sex trafficking and abuse of young women and girls.

Concerned residents are wondering why there was no publicity about such a huge project that will affect the environment along Queen Elizabeth ... 21 hours ago

As people always look for better opportunities and living standards, no recognition and lack of reward contributes to the issue of labor brain drain ... 1 minute ago

My Ministry is holding talks with development partners regarding maintaining and upgrading facilities as such. This was highlighted by the ... 13 hours ago

Fiji is an important place whether Fijians want that to be the case or not. This was stated by Australian National University’s National ... 14 hours ago

Virisila Silivere, the woman that was hailed a hero for saving three children and three adults from drowning last week has been hailed special by the ... 14 hours ago

The Swire Shipping Fijian Drua presented their i-Tatau to President Ratu Wiliame Katonivere at the State House this morning as they embark on another ... 16 hours ago
More News
TOP