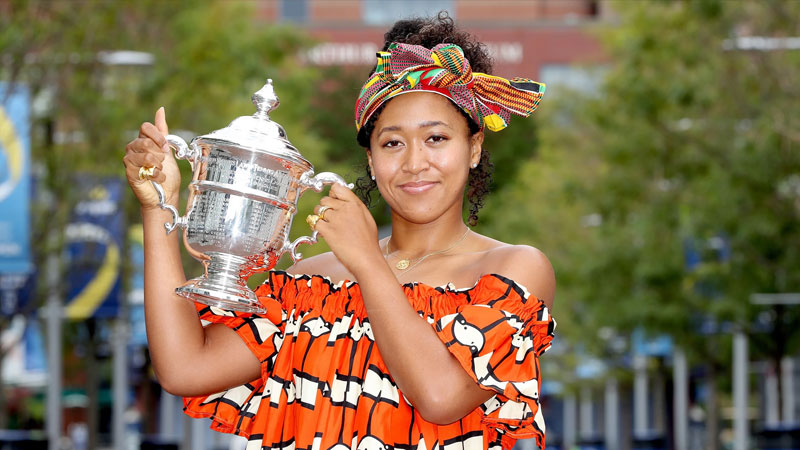 “I would like to thank my ancestors, because every time I remember their blood runs through my veins I am reminded that I cannot lose,” Osaka tweeted. [Image: gettyimages]

Over the past week, 22-year-old tennis pro-Naomi Osaka’s ascent to the grand finals of the US Open, culminating in her victory last night over Belarusian player Victoria Azarenka, has been somewhat overshadowed by her sartorial choices.

For once where women in sport are concerned, though, that’s exactly what Osaka had planned.

Stepping onto the court for her first match two weeks ago, Osaka wore a face mask paying tribute to Breonna Taylor.

Since then, she has used her globally-broadcast appearances to shine a spotlight on Black victims of police brutality through further face masks, honouring lives lost and standing up for the voiceless whose killers have still not been held to account.

Osaka’s ability to balance her fiercely-held political opinions with her consummate professionalism as a player is what makes her message all the more powerful.

“I would like to thank my ancestors, because every time I remember their blood runs through my veins I am reminded that I cannot lose,” Osaka tweeted on Sunday morning ahead of the big match. In the wake of her decisive win, however, Osaka made a styling choice that was both celebratory and subtly intentional.

Sporting a traditional headwrap made from Ghanaian kente cloth while holding up her trophy, Osaka paid tribute to the Haitian side of her family, where similar West African styles are used to mark significant or sentimental moments in their wearers’ lives.

It also served—quite literally, in this case—as the feather in the cap of Osaka’s electrifying fortnight at the US Open.

In the words of Osaka herself, that she shared to Instagram after the dust settled: “You already know I had to bring out the headwrap for this one.”