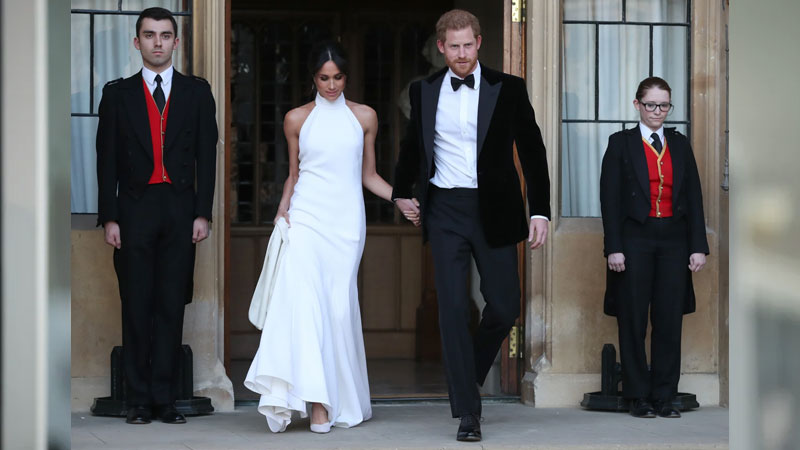 Today marks two years since Meghan Markle and Prince Harry got married in an instantly iconic and gorgeous ceremony at Windsor Castle. That day cemented the two as fashion icons, in addition to royals. While the couple stepped back as “senior members” of the royal family in January, choosing to relinquish their HRH titles and become financially independent, the pair’s tenure as Duke and Duchess of Sussex continue to hold a number of knockout fashion moments that are worth revisiting. In honor of their wedding anniversary, Vogue is looking back at some of their most memorable joint ensembles.

The duo status as a fashion power couple began the day they announced their engagement in 2017. Prince Harry wore a classic blue suit, a signature look of his, while Markle looked chic in a white coat by Line the Label (one of many Canadian brands she has continued to support over the years). On their wedding day in May 2018, the couple then wore two different looks that took global spectators’s breathe away. For the ceremony, Markle wore a custom Givenchy bridal gown with a 16-and-a-half-foot veil, while Harry chose to wear his Blues and Royals uniform. Afterwards, the couple emerged in more casual—but still extremely polished—ensembles: Markle in a high-neck Stella McCartney reception dress, Prince Harry in a classic black tuxedo with a bowtie.

Another milestone moment for the couple was in May 2019, when they posed with their newborn son, Archie, and introduced him to the world. Markle wore a white trench dress by Grace Wales Bonner, while Prince Harry looked dapper in a classic gray suit. Their dressy looks sent a subtle message that their signature style would not be suffering despite their new life as busy parents.

Meghan Markle’s outfits reliably make headlines, and similarly their joint style is modern, but still put together. They have successfully toed the line between adhering to royal protocol, while still maintaining their own flair and individuality. Unsurprisingly, eveningwear has been a particular highlight for the duo. The Safiyaa sequinned top and floor-grazing fishtail skirt that Markle wore to the Royal Variety performance in London back in November 2018, and Prince Harry’s perfectly-coordinated black and white tux, is a particularly dazzling moment.

The couple embarked on their final set of royal appearances in March, and it ended their two-year stint on an extremely high note. Markle made an appearance at the Mounbatten Music Festival in London wearing a red-hot Safiyaa gown, while Prince Harry complemented the color scheme in a red uniform decorated with medals from his tours in Afghanistan. Their last royal sighting, on March 9, was also the ultimate mic-drop moment for the Commonwealth Day celebrations at Westminster Abbey, Markle wore an emerald Emilia Wickstead dress with a built-in cape that complemented Prince Harry’s turquoise tie—proving that, of course, even their last appearance would be matched to complete perfection. 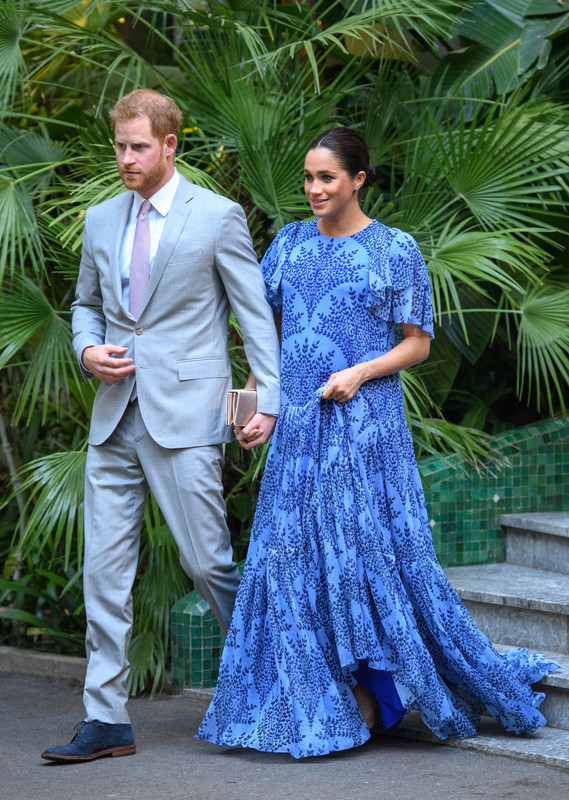 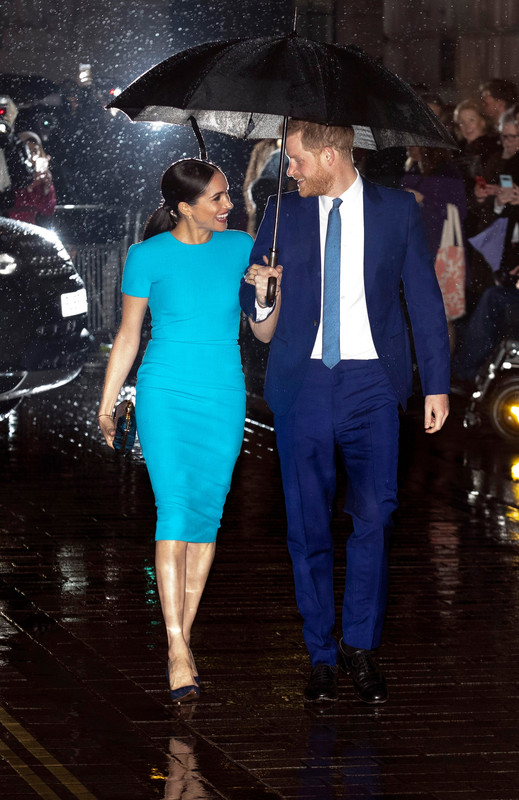 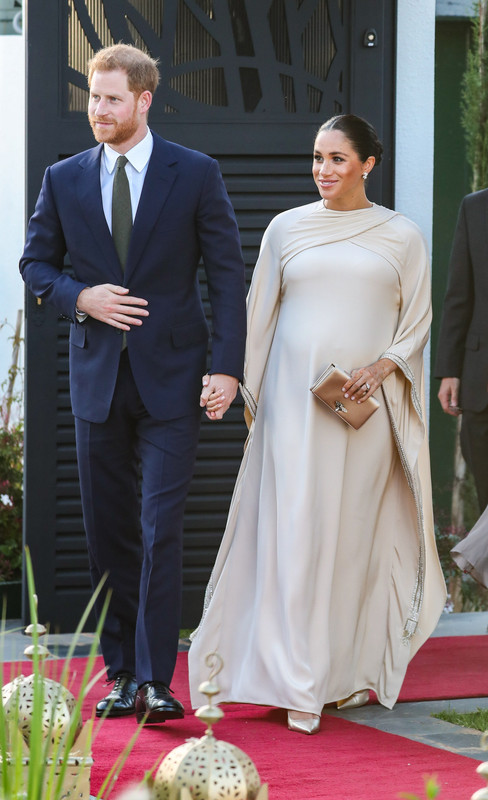 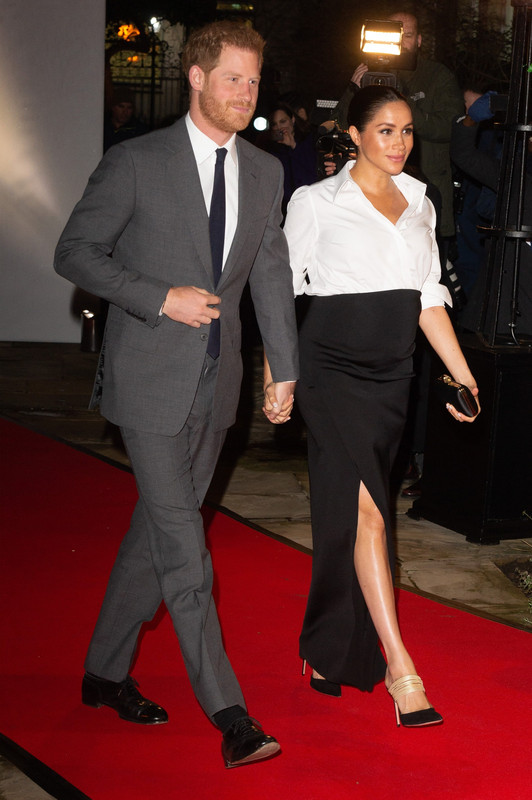 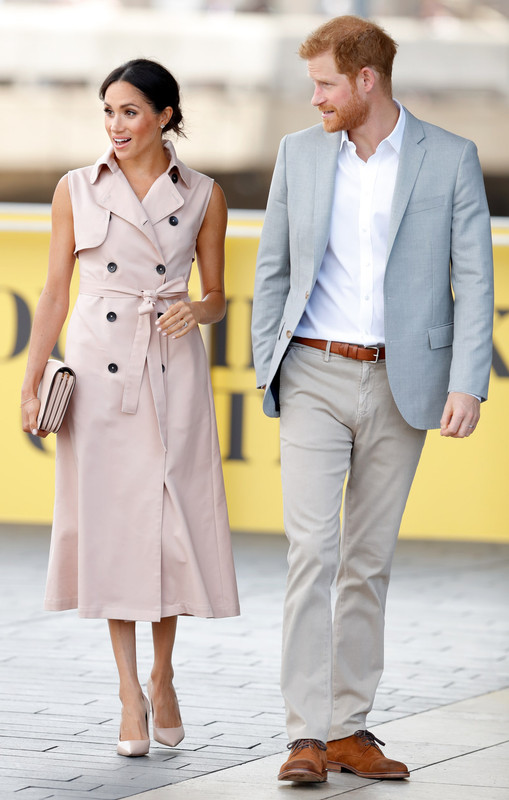 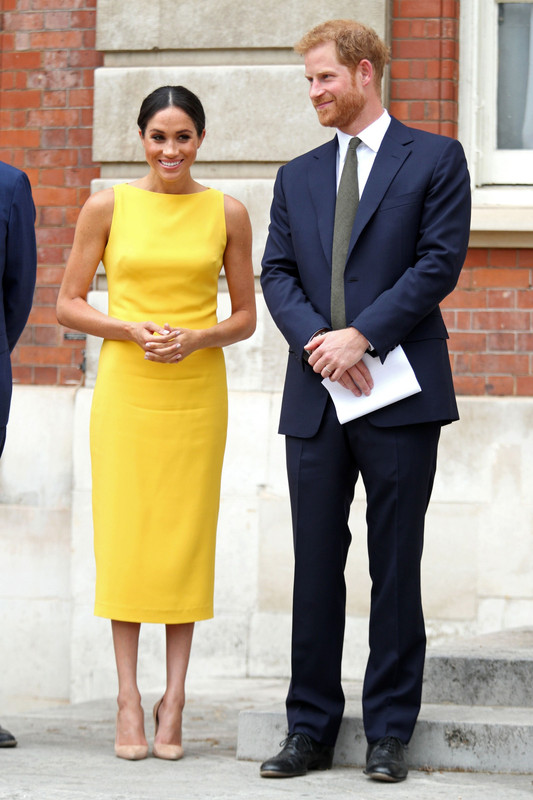