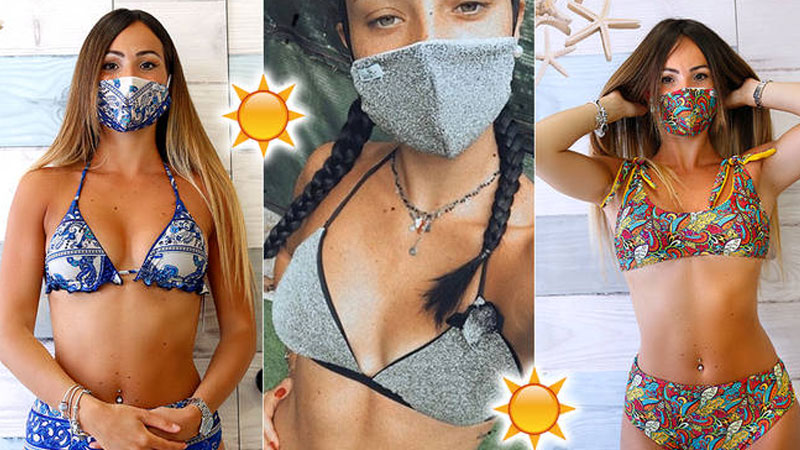 When high fashion meets the ocean during an international pandemic, you get the trikini.

According to the New York Post, an Italian fashion designer's colourful bikini and face mask set, called a trikini, is selling out although she originally created it as a joke.

Owner of Elexa Beachwear in Senigallia, Tiziana Scaramuzzo, said she made the pandemic-friendly swimwear last month to boost spirits amid her home country's lockdown, according to Italian news outlet Centropagina.

The idea was born joking with the family," she said.

But after posting photos of her daughters modelling the three-piece suits on Facebook, the garments went viral, with orders flooding her store

Scaramuzzo thinks people are buying the cheerful beachwear to keep up their spirits amid the global crisis.

She didn't say how many orders she'd received, or how to avoid the tan lines that could come with wearing the sets.