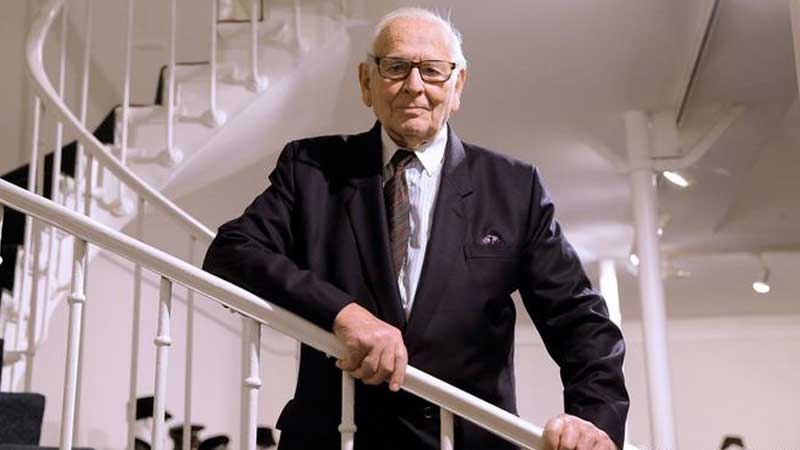 Visionary designer Pierre Cardin died at a hospital in Neuilly, west of Paris, his family said. He was hailed for designing the era-defining futurist looks of the 1960s and 1970s.

The French fashion designer Pierre Cardin died at a hospital in Neuilly, west of Paris, on Tuesday at the age of 98, his family told news agency AFP.

"It is a day of great sadness for all our family. Pierre Cardin is no more," the statement said.

France's Fine Arts Academy confirmed Cardin's death in a tweet, adding that members of the academy were "very sad."

Born into poverty in 1922 near Venice in northern Italy, his family emigrated to France when he was still a child.

He grew up in the French industrial town of Saint Etienne. At the age of 17 he became an apprentice to a tailor in Vichy and was already specializing in women's suits.

He then moved to Paris, where he designed the mesmerizing sets and costumes for the film "Beauty and the Beast" with poet, artist and director Jean Cocteau in 1947.

After a stint with Christian Dior, Cardin founded his own fashion house in 1950. In the following decades he built up a global business empire.

Along with Paco Rabanne and Andre Courrege, Cardin was hailed for developing the futuristic Space-Age-inspired styles that defined looks in the 1960s and 1970s.

In 1954, he showcased the now-legendary bubble dress. A decade later, he unveiled the 1964 "Space Age" collection that remains a landmark in fashion history.

He was also credited with bringing stylish clothes to the masses, popularizing the turtleneck sweater for men and bodysuits for women.