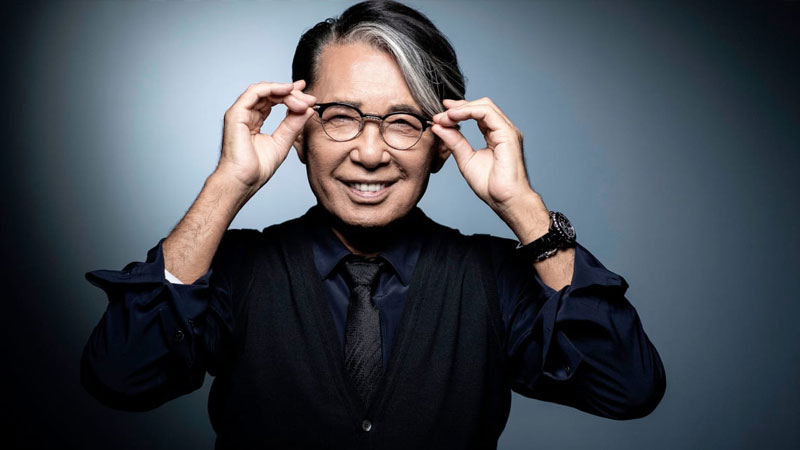 "It is with immense sadness that the brand K-3 announces the loss of its celebrated artistic director, Kenzo Takada. The world-renowned designer passed away on October 4th, 2020 due to Covid-19 related complications at the age of 81 at the American Hospital, in Neuilly-sur-Seine, France," the statement read.

In 1970, Takada rocked Paris with the debut of his namesake fashion line. Sold out of his first boutique, called Jungle Jap, his designs were a chaotic mix of loud colors and mismatched prints inspired by his travels around the world. The designer inaugurated his flagship store in Paris' Place des Victoires by 1976, and over the next three decades, he racked up numerous accolades and accomplishments -- including a slew of magazine covers, the launch of a perfume empire and, in 1993, his brand's purchase by luxury conglomerate LVMH -- before retiring to pursue other creative pursuits in 1999.

"Kenzo Takada was incredibly creative; with a stroke of genius, he imagined a new artistic and colourful story combining East and West -- his native Japan and his life in Paris," Jonathan Bouchet Manheim, CEO of Takada's K-3 brand, launched in January of this year, said in a statement.

"I had the chance to work alongside him for many years, always in awe, admiring his curiosity and his open-mindedness. He seemed quiet and shy at first, but he was full of humour. He was generous and always knew how to look after the people close to his heart. He had a zest for life... Kenzo Takada was the epitome of the art of living," he added.