Fire in your belly: the return of men's crop tops

With its retro sensibility and sense of exposure post-lockdown, the crop top is disrupting notions of masculine dress

Fire in your belly: the return of men's crop tops

With its retro sensibility and sense of exposure post-lockdown, the crop top is disrupting notions of masculine dress 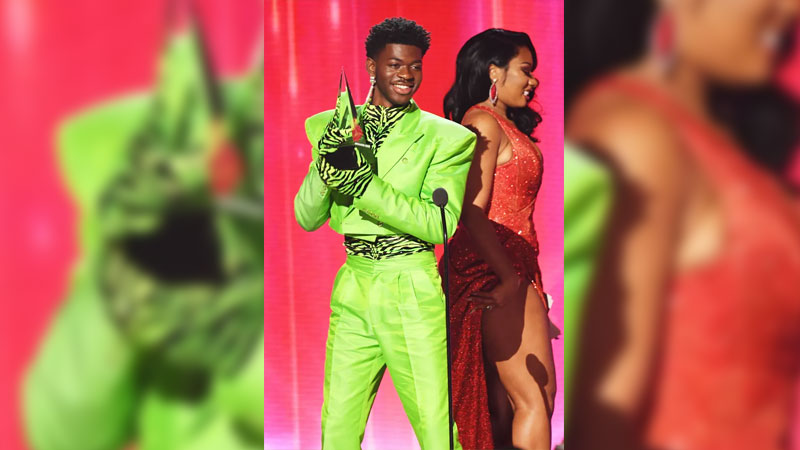 With Donald Trump attempting to cut funds from the US Postal Service to suppress postal votes ahead of the November election, fashion is fighting back.

A £15 ($20) long-sleeved crop top featuring the image of five envelopes outlined in different colours from the USPS online store became a coveted item, selling out over the weekend.

“I bought the crop top because I love the retro style,” says Jay M a digital artist who purchased one, “and (it) promotes body positivity in men.

I guess the subversive element is an added bonus.” Its popularity prompted the question: when is an item of clothing for men and when is it for women?

The cut of the crop top, with its stomach-revealing length, suggests youth, confidence and sexual vitality.

But, as both a symbol of body-positive queer culture (see the Queer Eye cast and Lil Nas X) and all-American jockism, it is also a piece of clothing whose ability to annoy and subvert shows no sign of stopping soon.

“Menswear has been increasingly embracing what was generally considered to be women’s garb – high heels, jewellery, frills, gloves, capes – and I think this is due in part to changing perceptions and greater acceptance of different forms of masculinity,” says Kati Chitrakorn, retail editor of Vogue Business.

Advertisement But according to Crop Tops Are For Guys on Tumblr, the garment didn’t begin as womenswear at all.

“The truth about the crop top movement is that it has existed since the 1970s,” it says.

“The cropped shirt was originally created by men for men and was part of men’s fashion for years before women began wearing them.

” The site says that it began in the early 70s when bodybuilders cut off the bottom of their shirts to get around gym dress codes that prevented men from training without shirts.

And in 2020 the crop top has continued to disrupt notions of masculine dress.

In a scene from the ropey family movie Playing With Fire, wrestler-turned-actor John Cena wears a My Little Pony crop top, which causes co-star Keegan Michael Key to scream: “His masculinity is not up for debate!”

It was a strange twist on how Hollywood has traditionally treated the garment. In the 80s and 90s, it had strong “himbo” connotations, with many jock types wearing crop tops, exemplified by AC Slater from Saved By the Bell, Alex Winter in Bill & Ted (a third instalment of which is coming next week) and Patrick Swayze and Keanu Reeves (again) in Point Break.

But when Ilan Mitchell-Smith turned up to spook lug headed brother Bill Paxton in 1985’s Weird Science, wearing Kelly LeBrock’s crop top and pants, it doubled as a comment on expected male outfits.

Mitchell-Smith, as Paxton’s physically inferior, much bullied “little” brother was, in a sort of drag, having the last laugh on Paxton gaining dominance via the crop top’s button-pushing aesthetic.

A year later, on the cover of his Parade album, Prince, in a buttoned-up, body-hugging crop top, repositioned it as sexy and high fashion.

And in fashion terms, there it has stayed. Whether that is French designer Ludovic de Saint Sernin’s AW20 look (partly off-the-shoulder, worn at an angle), Vetements’ neon green puffer jacket with a crop cut, Harry Styles’ cropped jumper in Watermelon Sugar or Christopher John Rogers’ green suit that he designed for Lil Nas X’s appearance at the American Music Awards.

Like the short- shorts, the male crop top has a retro sensibility and a sense of exposure that has come with the post-lockdown liberation of men’s wardrobes, a sexiness that lies in contrast to women’s fashion, which is, according to Chitrakorn, “focused on body diversity and toning down objectification”.

The Deputy Prime Minister and Minister for Finance, Professor Biman Prasad has met with the Indian External Affairs Minister Dr. S Jaishankar in ... 33 minutes ago

Landowners are not forgotten and their concerns are a priority that needed to be addressed. This has been highlighted by the Minister for ... 35 minutes ago

As people always look for better opportunities and living standards, no recognition and lack of reward contributes to the issue of labor brain drain ... 37 minutes ago