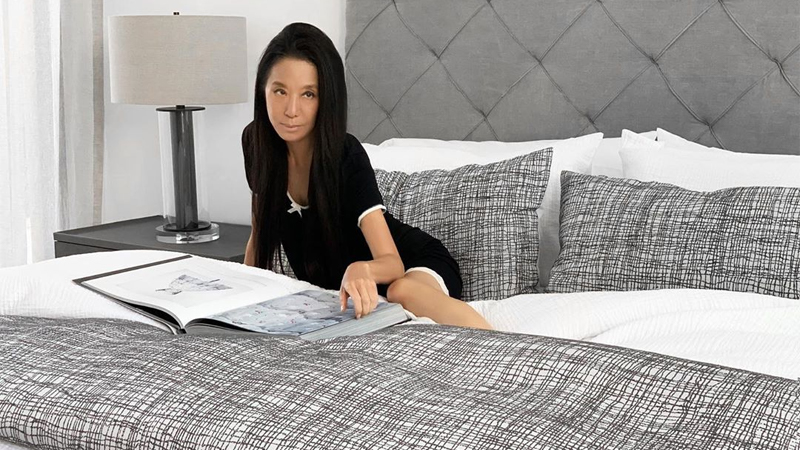 Vera Wang might be one of the world's most celebrated fashion designers but the 71-year-old also has another title to add to her mantle — the world's best genes.

The age-defying designer celebrated her birthday over the weekend and, seriously, how does she not look a day over 30?

The star posed up a storm while showing off her pride-themed rainbow manicure, looking svelte in a crop top and leggings.

The post soon attracted thousands of comments, with people remarking that Wang looked closer to 20 than 70.

"I refuse to believe that you're 70," one person wrote, while another added: "Please share your skincare and self care regimen with us you glorious goddess!!"

"Just tell us your secret please," one person commented, while another simply asked: "How?"

Judging from Wang's birthday celebrations, the fashion designer doesn't restrict herself from enjoying the finer things in life.

After pictures of Wang quarantine in Miami went viral last month the designer responded on Instagram to one fan who asked how she managed to look so youthful.

Wang wrote that her routine was "work, sleep, a vodka cocktail, not much sun" and that her drink of choice was Diet Coke.

The designer told Harper's Bazaar US in 2012 that she would "never miss a meal" as she has to "feed my brain".

Wang said she eats what she wants, even going through a period where she ate a slice of pizza a day which she said wasn't "a bad thing if you squeeze out that excess oil".

"I go through phases with what I eat for lunch: I like sashimi with brown rice and vegetables, Chinese steamed broccoli with chicken and rice."

For once, a little black dress is more than about fashion.

She also described herself as a "chip freak", telling Harper's Bazaar she had a special cupboard dedicated to all her favourite treats.

"We have a candy pantry, a cereal pantry, and a pantry for what I call 'orange food; — Cheetos, Pepperidge Farm Goldfish, all kinds of chips."

Wang previously told InStyle that she was "not a huge exercise person" and was a "terrible but enthusiastic" golfer.