When Julie Appo was a young girl, she believed being an Indigenous Australian meant she would never be able to achieve her dreams.

But refusing to let go of her childhood ambition and artist's calling, Julie battled poverty and social attitudes to finally open her own boutique fashion retail shop at 71 years of age.

In a small retail space in the coastal village of Bargara near Bundaberg, a sewing machine sits surrounded by colourful fabric and handcrafted clothing featuring unique designs. 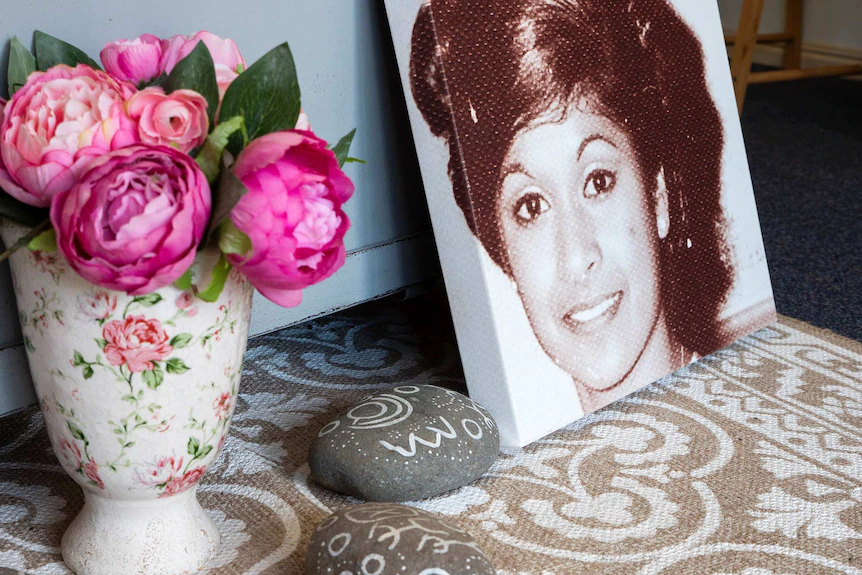 [A photo of Julie Appo at 17 in her Bargara clothing store. - ABC Wide Bay: Brad Marsellos]

The textile designs are related to carved-rock-art imagery from the Gooreng Gooreng people, original residents of a region known as the Burnett River rocks, between Gladstone in central Queensland and Bundaberg in the state's south-east.

Julie hopes her creations will help to raise awareness of her people's connection to the land and these important historical artworks.

As a young child, Julie was compelled to draw circles and designs she says she didn't quite understand.

She created small items of clothing, imagining life as a fashion designer but not believing it was something she would be able to achieve because of her Aboriginal heritage. 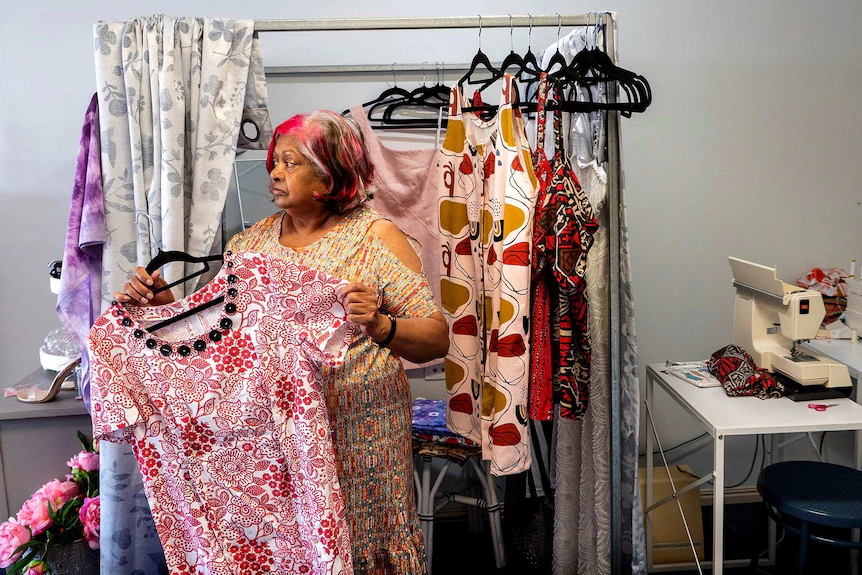 [As a child, Julie Appo assumed she would work as a labourer, not in the arts. -ABC Wide Bay: Brad Marsellos]

"We were fringe dwellers, we lived outside mainstream Australia," Julie said, hesitantly.

"We were not allowed to live near white people, if you can say that.

"We couldn't get jobs because of the colour of our skin, so how was I going to start a fashion business?"

While Julie's parents worked hard to provide for her family, financial stress was part of their lives and further education was not something the family could afford.

"I just left it behind but it was always there in my heart."

Keeping the family fed, clothed and bills paid was the main priority. 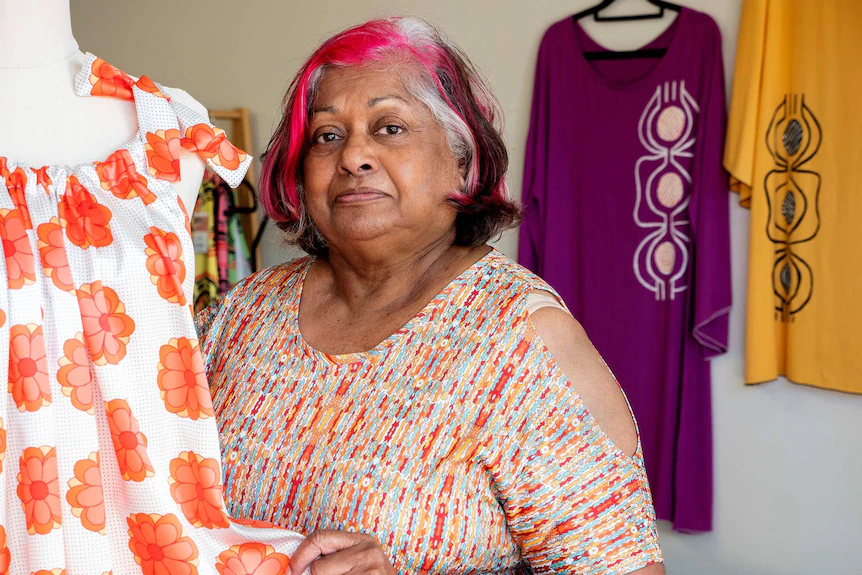 "Mum and Dad, as labourers, couldn't afford to send us to higher education," Julie said.

"Art college would have been too expensive to send me there.

Saving as much as possible from a variety of domestic and clerical jobs, Julie was eventually able to follow her desire to study the arts and she attended the College of Art in Brisbane when she was in her early 30s.

Finding acceptance and tolerance in art college, Julie completed her fashion-design course but struggled to crack into the industry and focused on working from home as a dressmaker, before going on to an administration role.

But her creative calling still beckoned, and Julie returned to university to complete two degrees in visual arts.