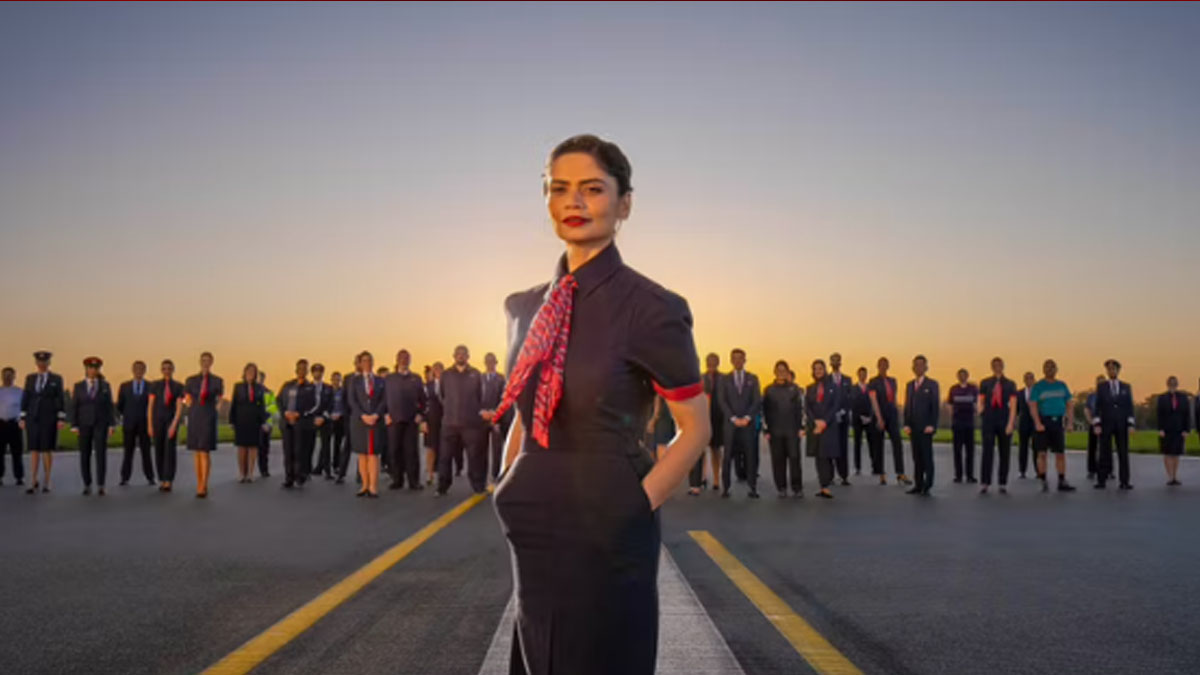 British Airways has unveiled its first new uniform in nearly 20 years, created by British tailor and designer Ozwald Boateng, which will be worn by more than 30,000 of the airline’s employees from spring 2023, replacing its current uniform designed by Julien MacDonald.

The collection features a tailored three-piece suit for men with regular and slim fit style trousers and dress, skirt and trouser options for women, as well as a “modern” jumpsuit, a first for the airline first. In addition, the British Airways uniform also includes a tunic and hijab options.

The uniforms also feature an “airwave” pattern created by Boateng across jackets, T-shirts, buttons and ties inspired by the movement of air over an aircraft wing.

The jacquard fabric across all the tailored garments also features a variation of the airline’s iconic speedmarque.

British Airways announced it was partnering with Boateng in 2018 to create uniforms as part of the airline’s centenary celebrations, and since then, the designer has shadowed several airport roles to understand how the uniform needed to perform for each job.

Commenting on the design, Boateng said in a statement: “Designing this uniform was a vast and painstaking undertaking and it went far beyond clothes.

It was about creating an energetic shift internally.

One of my main objectives was to create something that spoke to, and for, the airline’s colleagues.

Something that inspired and empowered them, encouraged them to conduct their roles with pride and most importantly to ensure that they felt seen and heard.

“Although the airline has a strong heritage, it was imperative to support in creating a fresh narrative of change and transcendence, while remaining timeliness.”

More than 1,500 British Airways staff have had an input into the design and testing of the new collection over the last four years.

They took part in 50 workshops to help ensure the garment's suitability, from design workshops to prototype feedback and garment trials in the air and on the ground.