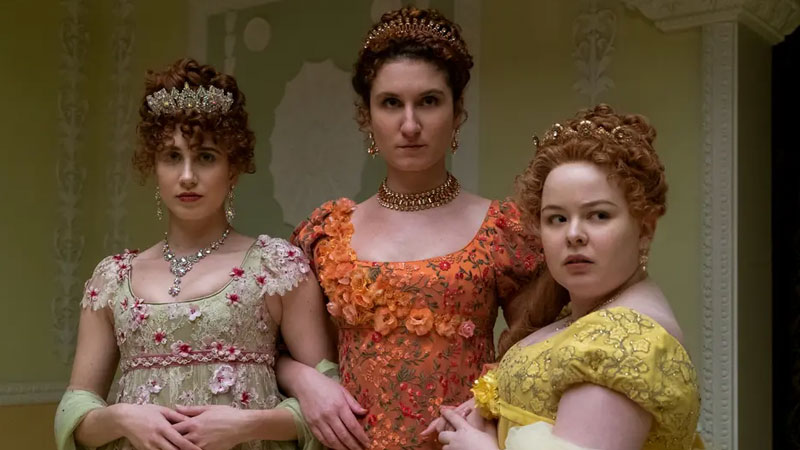 Regency dressing has now inspired most in today's generation, not from the pandemic but from Netflix’s viral sensation, Bridgerton.

Since its release on Christmas Day, the worldwide phenomenon has accumulated more than 63 million views around the world (and counting), making it no surprise that the romantic-drama has formally entered the ancient times.

Based on the romance novel series by Julia Quinn and produced by ShondaLand—the powerhouse production company created by Shona Rhimes and force behind Grey's Anatomy—the story follows the Bridgerton family as eldest daughter Daphne makes her debut into Regency London society in hopes of finding a “suitable match.”

While the opulent scenery, orchestral renditions of Ariana Grande hits and of course, the Duke of Hastings (played by Regé-Jean Page), were enough to have us hooked, the Regency-era drama has caused a new spike in popularity for the fashion from the era, which Lyst has aptly titled “Regencycore.”

The fashion search engine has reported that since the show's premiere, online searches for corsets—an essential garment in the show—have surged 123 %.

Pearl and feather headbands have seen a 49 per cent increase, and empire-waist dresses, the defining silhouette of the era, have risen 93 per cent in popularity.

Costume designer Ellen Mirojnick expertly reimagined the dress code of Regency London while adding a modern twist to its characters, all with hidden meanings spread out across the eight-episode series.

Speaking with Harpers Bazaar U.S., Mirojnick said she was hoping to overlay the look of the Regency era “with a bit of a modern sensibility, make it aspirational, intriguing, and with somewhat of a layer that would actually be very imaginative."

The Deputy Prime Minister and Minister for Finance, Professor Biman Prasad has met with the Indian External Affairs Minister Dr. S Jaishankar in ... 21 minutes ago

Landowners are not forgotten and their concerns are a priority that needed to be addressed. This has been highlighted by the Minister for ... 23 minutes ago

As people always look for better opportunities and living standards, no recognition and lack of reward contributes to the issue of labor brain drain ... 26 minutes ago