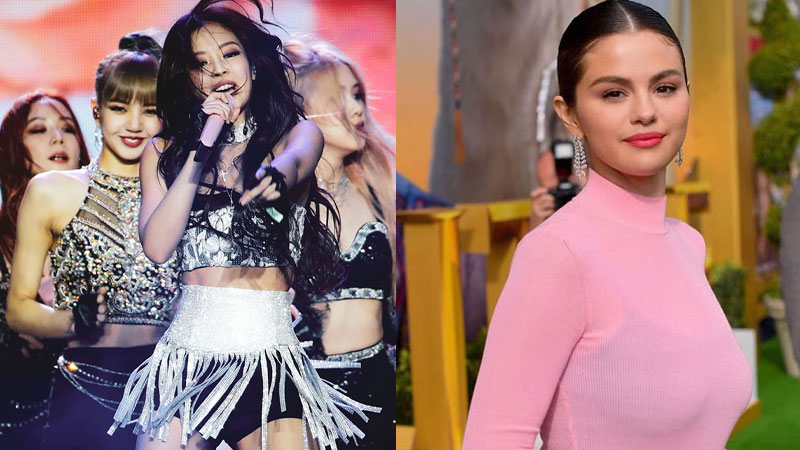 As with any release by the K-pop superstars, the internet has been set ablaze, with the music video racking up 40 million views (and counting) within eight hours. [Image: teen.vogue]

After weeks of anticipation, including teasers, film posters, and a clip of collaborator Selena Gomez in a throwback French cut bikini, Blackpink’s latest single “Ice Cream” finally dropped this morning.

As with any release by the K-pop superstars, the internet has been set ablaze, with the music video racking up 40 million views (and counting) within eight hours.

The excitement generated by the video is about more than just the deliciously innuendo-laden song, which was co-written with Ariana Grande and her regular collaborator Victoria Monét—it’s also thanks to the brilliantly playful fashion confections worn by both Blackpink and Gomez across its three-minute run. 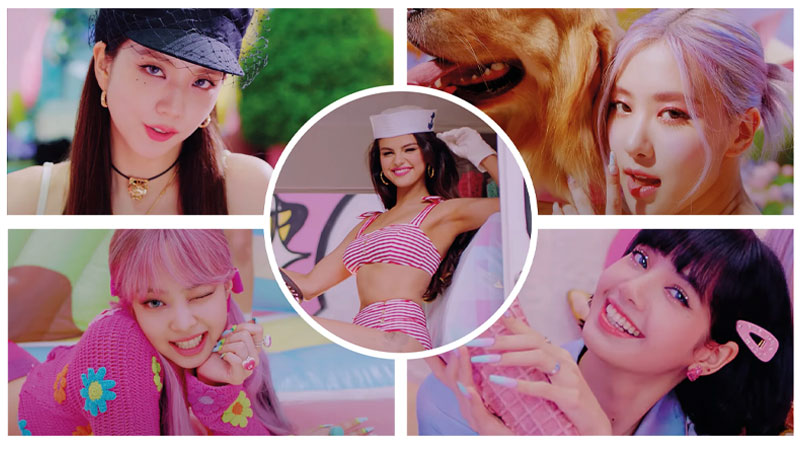 Since they were first formed by K-pop behemoth YG Entertainment in 2016, the various members of Blackpink have fast established their individual takes on fashion, each aligning themselves with a major fashion house in classic girl band style.

(As the group’s most notorious fashion fan, Jennie was the first to partner with a brand by becoming a Chanel ambassador, while Jisoo is a fan of Dior; meanwhile, Lisa and Rosé have gravitated to edgier looks by Celine and Saint Laurent respectively.)

All four pay homage to their favourite brand in the video with their accessories—notably with Jisoo’s Dior baker boy cap, a staple of Maria Grazia Chiuri’s designs for the house, as well as the Chanel bumbag, bracelets, and gloves that show up on Jennie.

That’s not to say their taste for emerging designers isn’t also on full display.

A particular highlight is Rosé’s Ashley Williams corset featuring a spray-painted Dalmatian paired with a frothy feathered skirt—the London designer’s signature kitschy details are a perfect fit for the video’s cutesy, pastel-hued aesthetic—while another is the crocheted floral bikini tops the band sourced from British independent label Fluffy. Then there’s a bow skirt, a lamé dress, and a pair of crystal earrings courtesy of NYC-based label Area, who have cropped up regularly across the group’s previous videos.

Blackpink’s signature mix of high fashion with more accessible pieces is what made them global style icons in the first place, after all, and they haven’t forgotten it. Finally, of course, there are Gomez’s looks, for which the singer and her stylist Kate Young chose to pay homage to ’40s pinup girls with a series of looks that featured stripes and polka dots galore.

It’s a thrilling, escapist joyride through Blackpink and Gomez’s candy-coloured universe—and a fashion extravaganza as sweet and sugary as the title suggests.