At 83, Dame Shirley Bassey Is As Fabulous As Ever

At 83, Dame Shirley Bassey Is As Fabulous As Ever 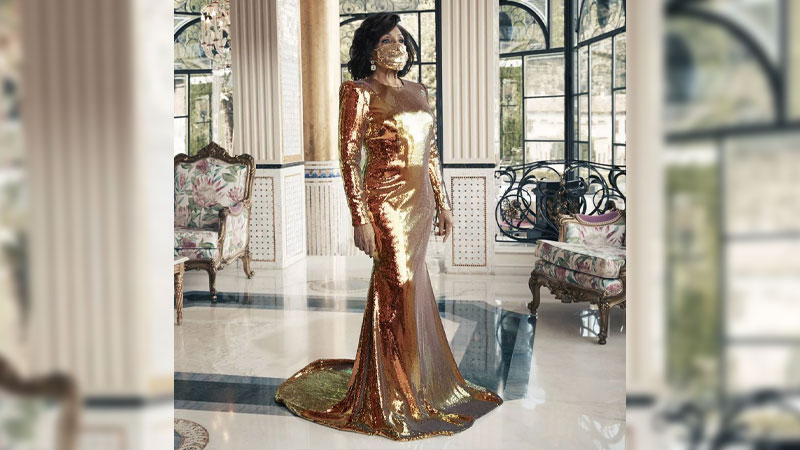 “He loves only gold!” sang Dame Shirley Bassey on Goldfinger, her title track for the 1964 James Bond film.

More than half a century later, she’s proven that the line also applies to her, by posting an image of herself covered in gold sequins.

Bassey shared a new promotional photo on Instagram, teasing the November 6th release of her new album, I Owe It All To You.

A peek behind the scenes! ✨ Don't forget you can win a replica of my gold mask and an exclusive signed print by ordering my album on the Decca Store (link in stories) #ioweitalltoyou All previous orders from the Decca Store will be automatically entered into the competition. If you have ordered from another retailer, don't worry, go to https://DSB.lnk.to/NPN and sign up to be included in the prize draw!

Dripping in gold from head-to-toe, the 83-year-old star proved that her glamorous style is eternal and still very much in effect.

The glitzy motif is a Bassey signature.

Whenever she takes to the stage to perform her famous Bond hit, she often wears a sequin or metallic gown to go with it (if you haven’t spent hours on YouTube watching her live performances, you simply haven’t lived).

For this latest fashion moment, which was styled by Cheryl Konteh, Bassey is seen wearing a golden, long-sleeved Alex Perry gown with a long train to match.

She paired her sumptuous gown with, as is the new norm, a matching custom gold sequined face mask.

(If you pre-order her new album, you even get a chance to win a replica of the mask.)

You can never have too much sparkle: after all, Bassey did sing, “Diamonds Are Forever,” too.

The Deputy Prime Minister and Minister for Finance, Professor Biman Prasad has met with the Indian External Affairs Minister Dr. S Jaishankar in ... 45 minutes ago

Landowners are not forgotten and their concerns are a priority that needed to be addressed. This has been highlighted by the Minister for ... 47 minutes ago

As people always look for better opportunities and living standards, no recognition and lack of reward contributes to the issue of labor brain drain ... 50 minutes ago