All the best outfits from the Olympic Opening Ceremony

All the best outfits from the Olympic Opening Ceremony 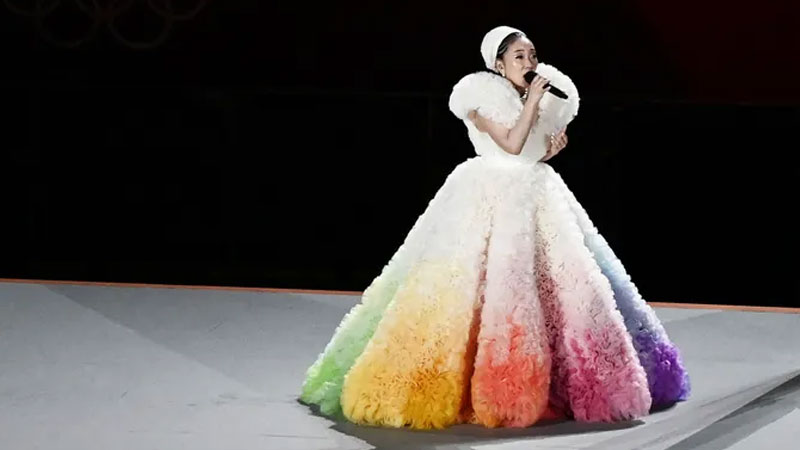 The 2020 Olympic Opening Ceremony, which took place in Tokyo on Friday, was a little bit eerie, but there were plenty of exuberant outfits to at least sort of distract from the empty stands. For starters, the Japanese singer-songwriter Misia performed the Japanese national anthem in a voluminous, rainbow-colored gown by designer Tomo Koizumi.

Afterwards, the Parade of Nations offered a rare survey of the world’s fashions, from Angola to Vanuatu.

Each nation, of course, brought their own color to the ceremony. Some wore elaborate gowns and headpieces and suits. Some, like the athletes from Bermuda, wore … Bermuda shorts.

And others wore nothing at all on top.

Sierra Leone had the best tracksuits.

There were also some designer fashions in the crowd. Telfar Clemens, the man behind the “Bushwick Birkin,” made some pretty incredible uniforms for Liberia.

Plus, Giorgio Armani and Ralph Lauren once again did the looks for their respective countries.

The Deputy Prime Minister and Minister for Finance, Professor Biman Prasad has met with the Indian External Affairs Minister Dr. S Jaishankar in ... 44 minutes ago

Landowners are not forgotten and their concerns are a priority that needed to be addressed. This has been highlighted by the Minister for ... 47 minutes ago

As people always look for better opportunities and living standards, no recognition and lack of reward contributes to the issue of labor brain drain ... 49 minutes ago