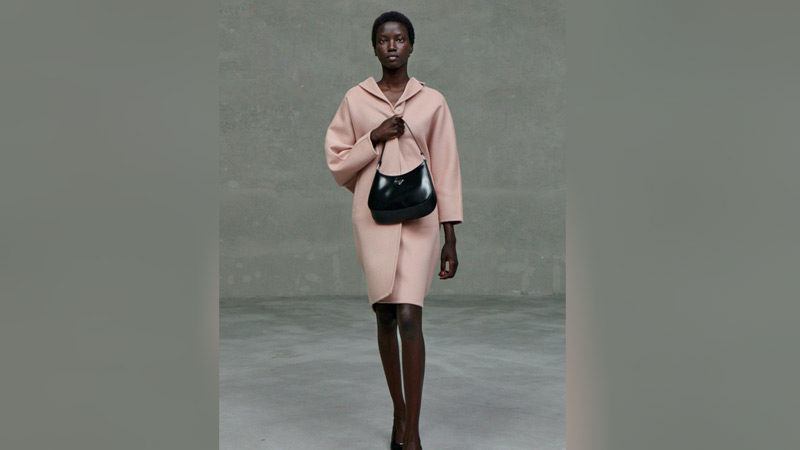 It feels like a lifetime ago now, but, back in February, Miuccia Prada’s announcement that she would be co-designing her namesake label with Raf Simons as of spring/summer 2021 was the biggest news of Milan Fashion Week.

Fast forward several months and one global pandemic later, and Miuccia was presenting what would comprise her final collection for Prada from multiple “perspectives”, a film in five chapters by Terence Nance, Joanna Piotrowska, Martine Syms, Willy Vanderperre, and Juergen Teller.

As for the collection itself? It was something of a palate cleanser, and littered with ’90s-era Prada tics that had die-hard fans drooling.

A pale pink car coat, clutched at the neck, harked back to an earlier exemplar that graced the catwalk in autumn/winter ’95/’96; zipped up, nipped-waist shirt dresses recalled Nylon versions in the spring/summer 1995 collection; a handful of slip dresses in washed-out colours were reminiscent of those that took centre stage in autumn/winter ’94/’95; and so on and so on.

The wildcard entry? A blush pink edge-to-edge car coat, clasped at the chest, worn with nothing underneath – just like it was on the autumn/winter ’95/’96 runway. 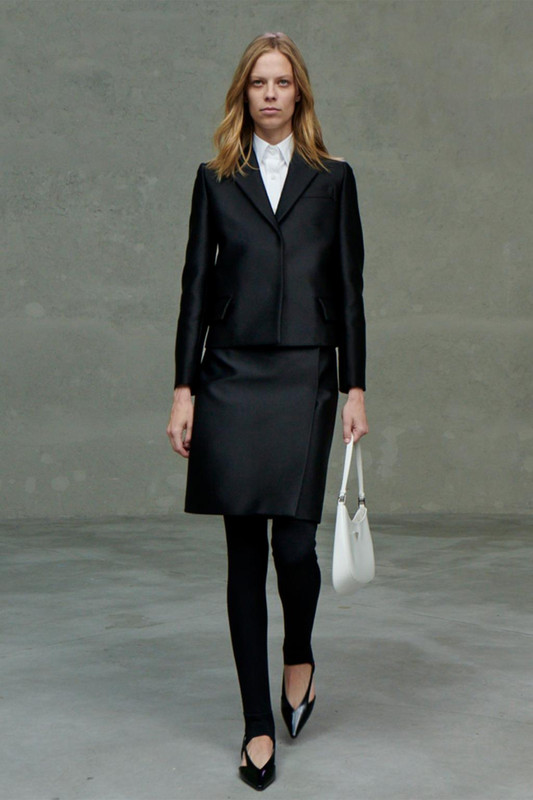 Black leggings now go with everything

Prada’s pairing of black skin-tight leggings with a black boxy skirt suit was nothing but sleek.

Throw in a pair of black kitten heels for good measure, and you’re on your way to considered chic. 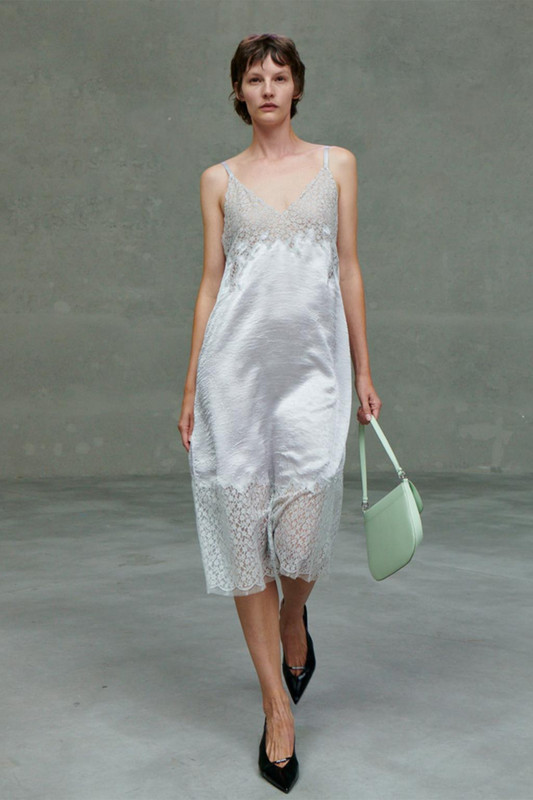 The unexpected hue of the season? A washed out spearmint, which found its way onto light-as-gossamer satin slip dresses and super minimal leather handbags. 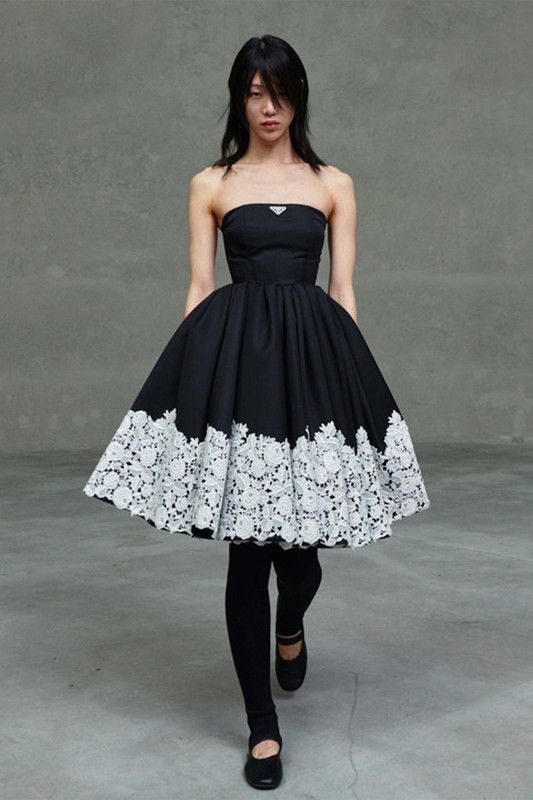 Revive the prom dress with flats

One of the most exquisite looks in the collection, a precisely tailored, strapless dress with a lace trim, was lent an off-beat feel thanks to flat leather ballet slippers (and those ubiquitous leggings). 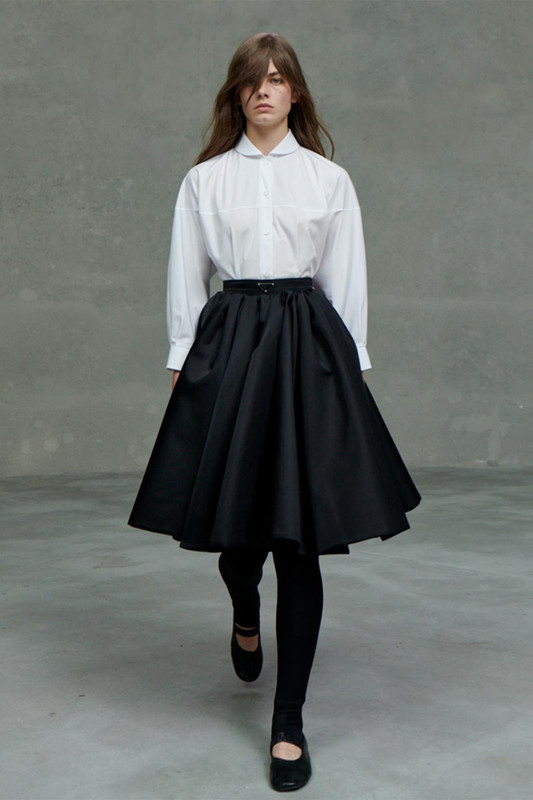 Starched white shirts abounded, but our favourite featured a Peter Pan-esque collar – given a slight tweak, so that it flared up the neck in a slightly more formal, peppy style. Worn under a flared black skirt, it looked delectably crisp after months of sweatpants. 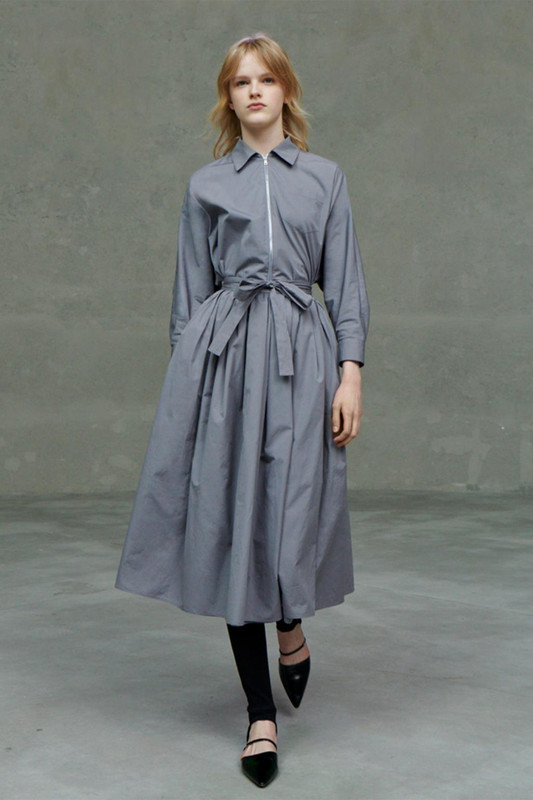 A shirt dress is your new transitional staple

The resort options harkened back to those she sent down the catwalk for spring/summer 1995, though these felt a little looser in silhouette.

The man alleged to have murdered a 35-year-old farmer during an argument out at sea between Laucala Island and Taveuni last week has been ... 20 minutes ago

A relative of the man whose body was found under the Vatuwaqa Bridge earlier this week has come forward. Police say the victim has been identified ... 20 minutes ago