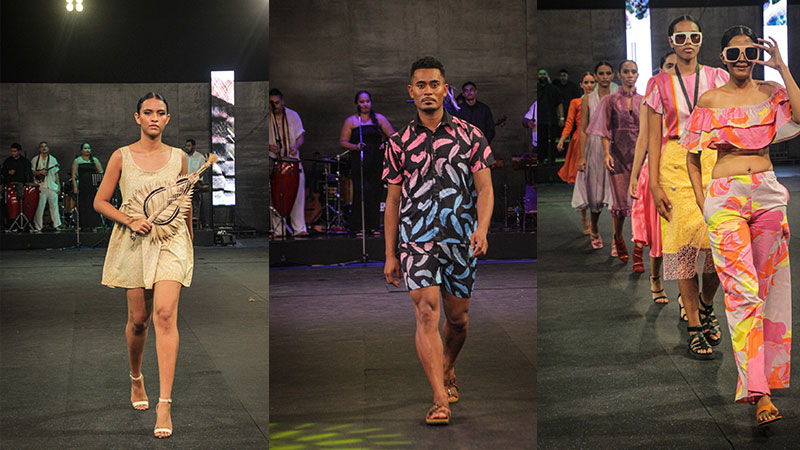 Some of the designs on display at the FJFW 2022

The 15th Fiji Fashion Week ended on a high last night when top local designers stood shoulder to shoulder to some of the regions best designers during an almost sold out show which was also Ellen Whippy-Knight’s final show as the Managing Director.

Dr. Luke left the crowd stunned as he paired clothes from his Campbell Luke line with sandals from popular Fijian shoe brand, Dahia.

Fiji Fashion Week Managing Director Ellen Whippy-Knight says it is probably the best show that they have had as the designers were absolutely fantastic and they are ready for the international market.

She says they are very fortunate to have gotten the support of the Ministry of Commerce, Trade, Tourism and Transport and are going to try to get all the fashion businesses registered and give them the opportunity to be able to use the Fiji Made brand.

8 Mountains designer, Moira Solvalu says they export to about 9 countries in small quantities and having the Fijian Made logo would mean they will be accredited for what they do.

Meanwhile, Whippy-Knight also announced that it is time she hand over the reins to her team as she has other projects she wants to do.

She adds she will looking at the sponsorships, networking opportunities, training and finding people for workshops but the daily management of the organisation will go to the team.