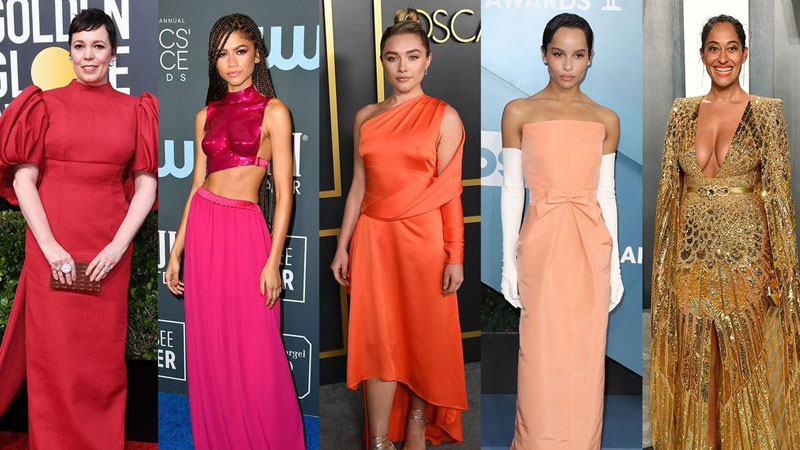 How does one sum up 2020 in fashion? It was a year in which red carpets were called off, celebrities let us inside their wardrobes at home and awards ceremonies went virtual.

Fashion’s biggest night of the year, the Met Gala, was cancelled since the Metropolitan Museum of Art itself had to close its doors—the only days that the museum has had to close to the public previously were the day after 9/11 and the day that hurricanes Irene (2011) and Sandy (2012) hit New York.

We got to see our favourite celebrities and fashion icons in a whole new way; we witnessed the royals doing work-from-home style, street style stars working a protective face mask into their outfits and the likes of Zendaya releasing their red carpet looks via an Instagram GIF instead of debuting them on an actual red carpet… it was a year the fashion industry won’t forget.

Looking back, it’s hard to believe that in January, February and March, award season went ahead as if the whole world wasn’t about to change forever.

The Oscars and the Golden Globes, as well as the BAFTAs and the SAG Awards all, took place before global lockdowns.

Fortunately, this gave us insight into which stars were primed to make 2020 their year.

As always, this year’s best-dressed list isn’t only about the red carpet moments that blew us away with their glamour.

We like to say it’s also a nod to the people serving us style every day, and in every way.

And this year, that was more important than ever. Scroll on to see Vogue Australia’s best dressed of 2020.

The man alleged to have murdered a 35-year-old farmer during an argument out at sea between Laucala Island and Taveuni last week has been ... 26 minutes ago

A relative of the man whose body was found under the Vatuwaqa Bridge earlier this week has come forward. Police say the victim has been identified ... 26 minutes ago