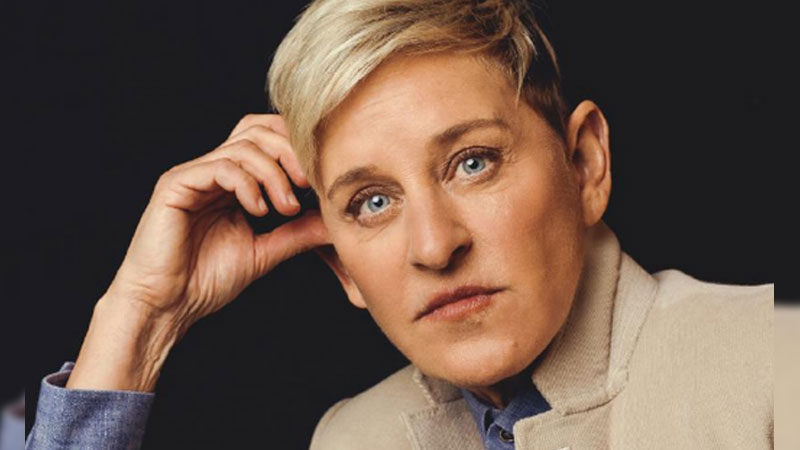 Talk-show host and comedian Ellen DeGeneres in Burbank, Calif., Nov. 28, 2018. Ellen DeGeneres will step down from her daytime talk show next year, according to a spokeswoman for the host. (Ryan Pfluger/The New York Times)

With the announcement Wednesday that she will end her long-running talk show next year, Ellen DeGeneres is stepping away from her biggest platform in a career that started in a New Orleans comedy club, led her to more than 30 Emmys and the Presidential Medal of Freedom and included a late phase during which she adopted Be Kind as a motto and brand name for products she sold to her fans.

Her decision followed a sharp rating decline for “The Ellen DeGeneres Show,” also known as “Ellen,” which is in its 18th season. Since September, it has lost more than 1 million viewers. “Ellen” has averaged about 1.4 million viewers in the 2020-21 season, a 44% decline from about 2.6 million last season, according to Nielsen.

The decline seems to have affected the bottom line. Between September and February, the show brought in $127.6 million in advertising revenue, according to the research firm Kantar, down from $163.8 million in the same six months in the previous season.

The slide started shortly after BuzzFeed News reported in July that staff members said they had confronted “racism, fear and intimidation” at work. Several employees also said producers had sexually harassed them. After an investigation by Warner Bros., the company that produces the show, three high-level producers were fired.

DeGeneres apologized to her staff in the summer. On her return to the air in September, she addressed her viewers: “I learned that things happen here that never should have happened. I take that very seriously. And I want to say I am so sorry to the people who were affected.”

That episode scored the biggest ratings for “Ellen” in four years. Then viewers started tuning out.

DeGeneres denied the allegations had anything to do with her departure, saying she had known 2022 would be the final year of her show. She had indeed hinted at pulling the plugin recent years, including in a 2018 interview with The New York Times.

Mike Darnell, president of the Warner Bros. unscripted television division, said in a statement Wednesday, “‘The Ellen Show’ started as the little program that could and became an absolute phenomenon. It was and is an indelible piece of the television landscape, and it will be sorely missed.”