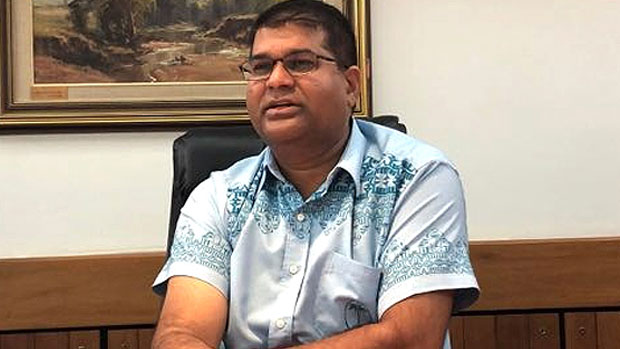 The Governor and Chairman of the Reserve Bank of Fiji Board Ariff Ali states that the RBF will expand its Natural Disaster and Rehabilitation Facility and raise it to $60 million to include businesses affected by epidemics or pandemics and be renamed the Disaster Rehabilitation and Containment Facility.

Ali says businesses affected by the COVID-19 pandemic can access funds under this facility through their respective commercial banks, licenced credit institutions or the Fiji Development Bank at an interest rate of up to a maximum of 5.0 percent.

Ali says the magnitude of the domestic economic contraction will depend on the duration and the spread of the pandemic, which continues to unfold.

The Governor says the reduction in interest rates and various other reprieve measures announced by commercial banks’ to assist customers should support businesses during this downturn.

The Governor also states that that downside risks emanating from both the external and domestic fronts have increased in recent weeks and remain elevated. The RBF is monitoring these economic and financial developments closely and will align monetary policy and other measures accordingly.

Ali says the Fijian economy is currently in unchartered waters and headed for a recession this year.

He says the COVID-19 pandemic has led to the cessation in tourism activity and transmitted significant negative knock-on effects to the broader economy.

The RBF says while precautionary and containment measures adopted by the authorities and the general population will drastically affect consumption spending and government revenue, they are appropriate and crucial to avoid longer-term social and economic damage.

On the revenue front, the stimulus expected to be announced by the Minister for Economy, Aiyaz Sayed-Khaiyum in the supplementary budget should assist in the recovery of the economy.

He says for now, the financial system is sound and the RBF’s twin monetary policy objectives of low inflation and adequate foreign reserves remain intact.

Annual inflation was registered at a historic low of -3.0 percent in February while foreign reserves were around $2.228 billion as at today, sufficient to cover 5.7 months of retained imports of goods and services.

The 24-year old man from Votualevu, Nadi who allegedly set fire to the Bible Truth Fellowship Church building in Namaka on Sunday night has been ... 33 minutes ago