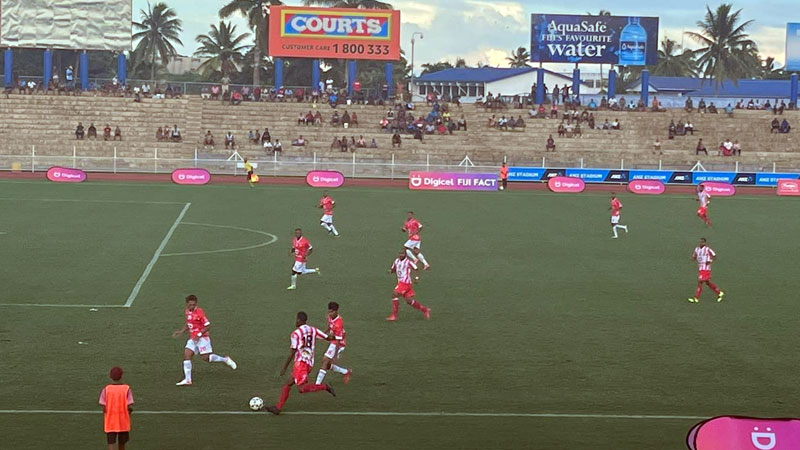 Christopher Wasasala was the hero for the Labasa soccer team as they beat a star studded Rewa by 2-1 in the Digicel Fiji FACT at the ANZ Stadium.

Wasasala gave Labasa the lead in the first half before Setareki Hughes equalised for Rewa.

Both sides were locked 1-1 at half time.

Wasasala then scored the winning goal in injury time to send thousands of Labasa fans into a frenzy.

Labasa is in second place in Pool B while Nadi is first after beating Navua 4-2.

The tournament will resume at Lawaqa Park on Thursday.

The marginalized, at risk and poor in the community will now be able to get much needed support through the opening of DHIVE Community Centre in Marti... 57 minutes ago
LATEST NEWS