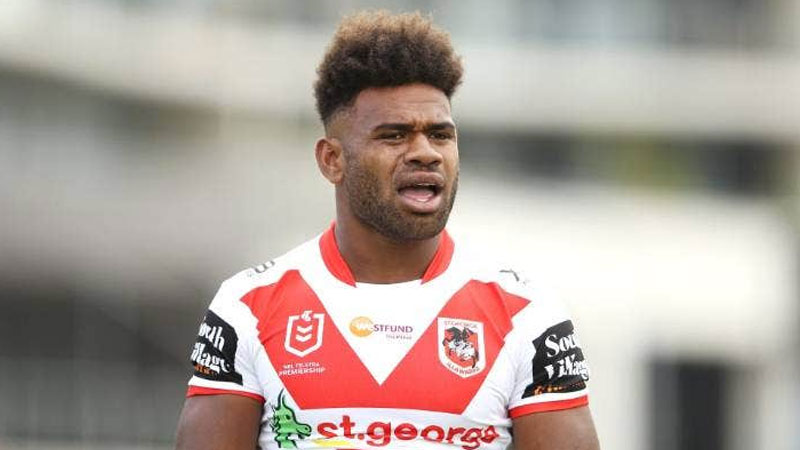 Ravalawa was cited with a grade one shoulder charge for his 77th-minute challenge on Elliott Whitehead in his side's win over the Raiders on Saturday.

With two prior similar charges this year, the load meant that Ravalawa was facing three weeks with an early plea but risked a four-week ban to challenge the charge in a judiciary hearing at Rugby League Central last night.

Ravalawa is expected to return for the Dragons in Round 20 when they meet the Rabbitohs.

There is clarification today that the Fiji Airports Limited $106 million finance facility through ANZ is not a Fijian Government borrowing and it is a... 50 minutes ago
LATEST NEWS

Viliame Vodonaivalu has been appointed as the new CEO of FNPF. FNPF Board Chairman Daksesh Patel says the Board is confident that Vodonaivalu’s ... 12 minutes ago

Australian charity organisation, Heroes Need Heroes has donated over $46,000 worth of emergency response equipment to the Ministry of Health. The ... 28 minutes ago

Mia Kami whose new song ‘Rooted’ is playing on Legend FM and is available on Youtube says the song is a message about strength and who we are as ... 43 minutes ago

National Fire Authority investigators are currently collecting and analyzing evidence to determine the cause of major commercial fires on Sunday ... 48 minutes ago