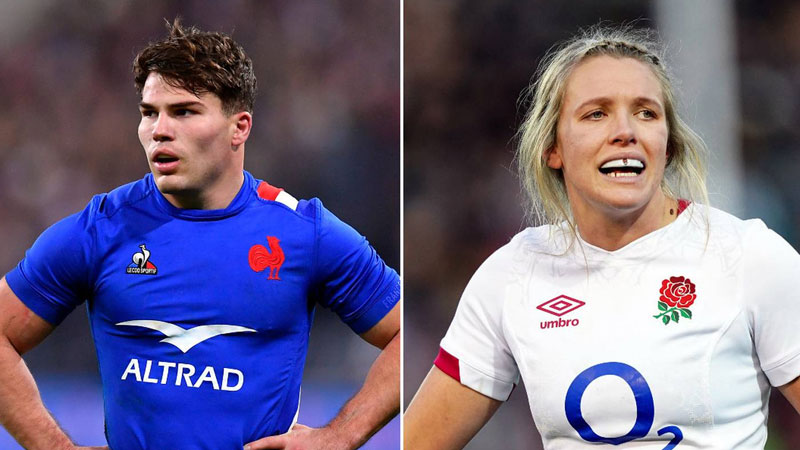 Antoine Dupont (L) and Zoe Aldcroft have been named as the best players in rugby in 2021. Photos / Getty

The 25-year-old Dupont became the third Frenchman to win the award after Fabien Galthie, currently the national team coach, in 2012 and flanker Thierry Dusautoir in 2011.

Dupont beat Australian duo Michael Hooper and Samu Kerevi and England lock Maro Itoje to the award, which was determined by a vote from fans, after impressing for France and helping Toulouse to the Champions Cup and French Top 14 double.

The 25-year-old captained the Red Roses for the first time last month, as they crushed the United States 89-0.