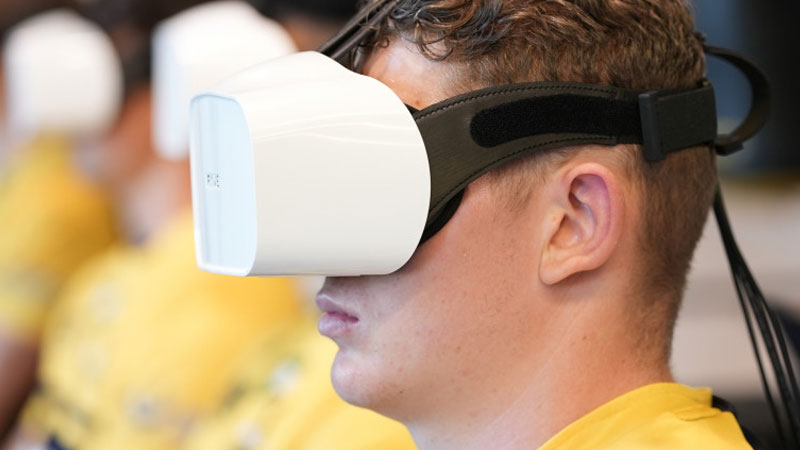 The latest eye-tracking technology using Virtual Reality to help detect concussion has made its debut in Super Rugby Trans-Tasman.

Used for the first time during the opening round of Super Rugby Trans-Tasman matches, the NeuroFlex® VR test measures eye movements and generates an accurate, quantitative and metrics-based report which provides objective data for medical personnel to diagnose and manage concussions.

This innovative way to identify altered oculomotor function and head movement will also be used within the six-stage graduated return-to-play process to monitor players returning from injury and protect their health.

The NeuroFlex® eye-tracking technology is an objective test that could further improve rugby’s approach to brain health, supporting doctors to make the right decision. Numerous scientific studies have demonstrated that oculomotor functions are altered at the time of, or shortly after a concussion and the ground-breaking trial aims to verify the test’s diagnostic accuracy.

In the lead-up to Super Rugby Trans-Tasman, teams have been embracing the study with all participating players undertaking baseline testing under controlled conditions to provide an accurate comparison for use when a player comes off the field for an Head Injury Assessment.

Data collected from the NeuroFlex® VR testing will be used to compare the accuracy of concussion identification based on the eye and head movements versus the current HIA process. The trial’s outcomes will inform future moves that the sport will take in advancing the welfare of players.

Meanwhile, the Hurricanes will play the Rebels at 7.05pm Friday while the Force battles the Highlanders at 9.45pm Friday.