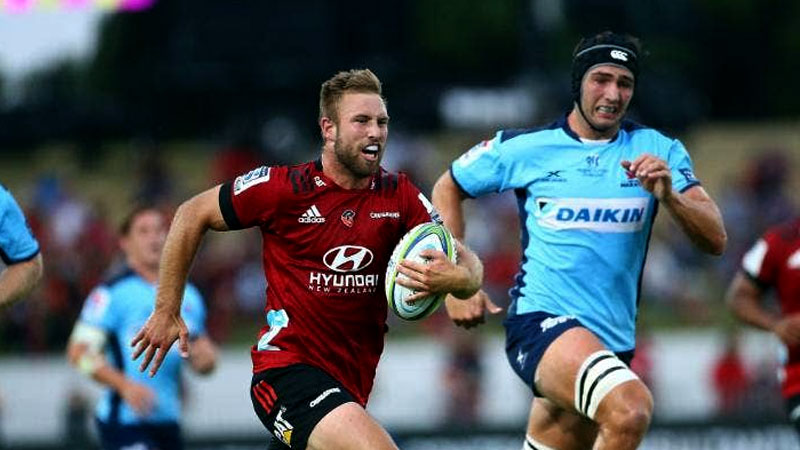 Braydon Ennor on attack for the Crusaders. Photo: Getty Images

One-test All Black Braydon Ennor is likely to make the 23 member team for the Crusaders this week against the Chiefs in the Super Rugby Aotearoa final.

This is after an impressive performance for his University club during the weekend where three coaches were watching him from the sideline.

Hansen says the conversation with him now is that he will be up for selection this week.

He adds the 23-year-old has put his hands up earlier than expected and he has done well through the club path.

The Crusaders will name their team on Thursday.

The Crusaders will play the Chiefs at 7.05pm Saturday in the Super Rugby Aotearoa final.

Meanwhile, the Brumbies will face the Reds at 9.45pm Saturday in the Super Rugby Australia final.