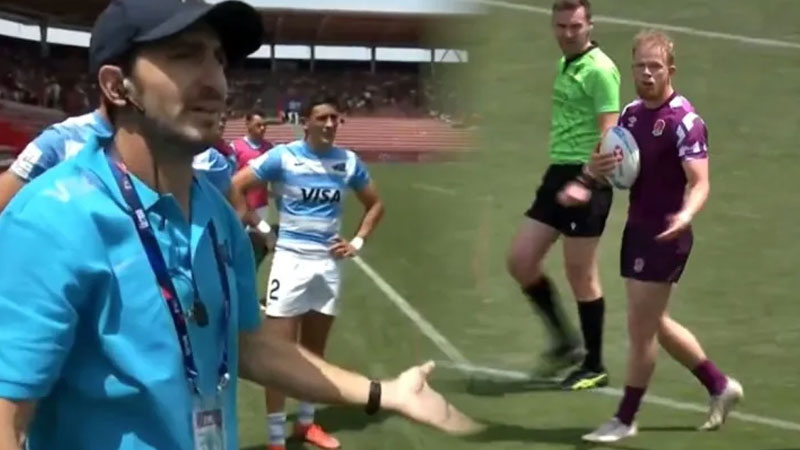 Controversy clouded the final Pool A match of the World Rugby Sevens Series in Toulouse as England and Argentina players found themselves in a bizarre situation, with both sides appearing to agree to delay the scoring of a try.

England's Will Homer was permitted to run down the clock by over two minutes on the opposition try line to help both teams progress to the quarter-finals.

Argentina's coach allowed the unprecedented scenes to unfold by calling back players who made attempts to go towards Homer.

The Argentines, who led 19-0 and needed a win to progress, were down to six men at the time and the time-wasting worked in their favour as it limited the time of England scoring more tries.

Any effort by the referee to get Homer to score earlier was simply ignored and the match ended 19-7.

With England only needing to lose by less than 16 points, both teams were set to benefit from the clock running down.

Many fans weren't impressed, with some calling for England and Argentina to be banned as a result of the scenario, while others suggested that it bordered on match-fixing.