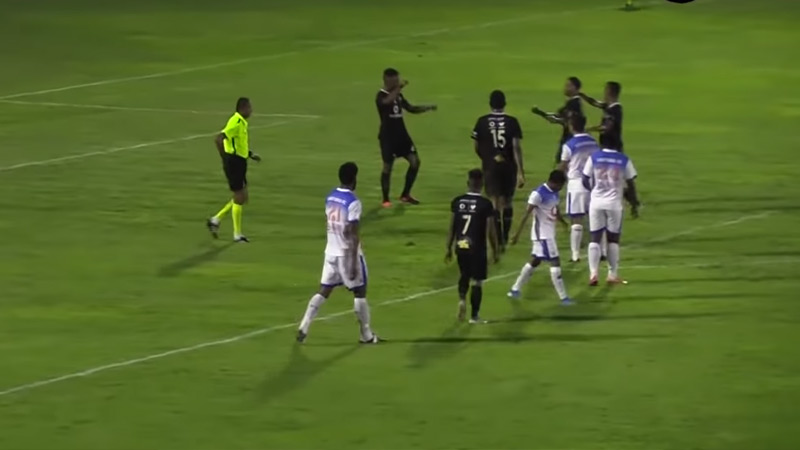 The Ba Soccer Team have moved to second in the Vodafone Premier League points table after beating Lautoka 2-1 at Churchill Park.

Manasa Nawakula gave Ba an early lead in the 3rd minute from the penalty spot while Saula Waqa scored the sides second goal in the 2nd half.

Samuela Gavo scored the only goal for Lautoka in the second half.

The start of the second half was delayed by approximately 20 minutes as officials had to enforce social distancing amongst spectators who were sitting in a group.

Fiji FA CEO Mohammed Yusuf says he will comment on this issue after receiving a full report from Fiji FA officials.

Ba will now play Nasinu this Saturday at 3pm at Fiji FA Academy Grounds in Ba while Labasa will face Nadi at 2pm in Subrail Park.

Suva will play Rewa at 3pm in ANZ Stadium this Sunday while Navua will play Lautoka at 3pm at Uprising Sports Centre, Navua.