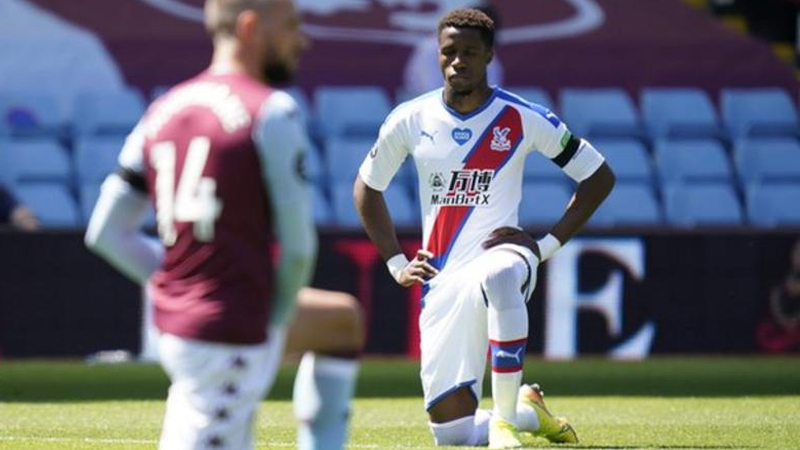 Zaha revealed he had received several abusive messages on social media before Sunday's trip to Aston Villa, a game they lost 2-0.

His manager Roy Hodgson called the abuse "cowardly and despicable".

West Midlands Police tweeted Zaha to say they would look into the abuse and hours later confirmed an arrest.