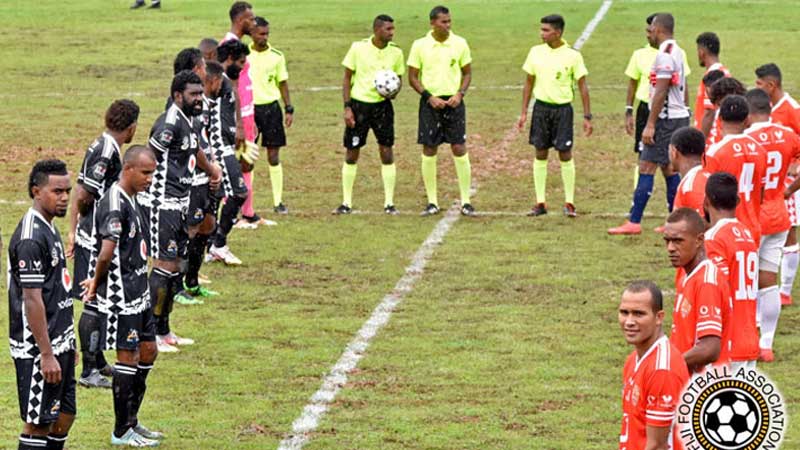 The Ba and Rewa Soccer Associations are calling on the Fiji FA to allow them to use associate sponsors’ logos on their jerseys in the Vodafone Premier League as they need money to play week in week out in the competition.

Ba’s President, Rynal Kumar says with the current arrangement, only the Vodafone logo can appear on the jerseys.

He says there are other companies who want to sponsor them but with the current arrangement, they will not be able to give mileage to these sponsors.

Kumar says it is costing them between $80,000 to $110,000 every season to play in the national soccer league and they are hardly getting any funding from the Fiji FA.

Kumar further says Vodafone Fiji’s decision to reduce sponsorship for the league will have zero impact on the teams as the districts are paying nearly the entire cost of playing in the VPL.

Rewa FA’s President, Nazeel Buksh says for the last eight years, they have been getting just $5,000 from the Fiji FA for the whole season of league and this amount is too small.

He says the funding the Fiji FA receives through sponsorship for the league needs to be channelled through to the teams to cover the costs.

When questioned, Fiji FA’s CEO, Mohammed Yusuf says the districts should write to them directly on their issues. He says he will not comment on the issues raised to a third party.

He had revealed yesterday their major sponsor, Vodafone Fiji has reduced their sponsorship by a large amount.

He says they are negotiating to make variations in the agreement to allow other sponsors to come on board.