NZ and Australia to be included in Pacific Games

NZ and Australia to be included in Pacific Games 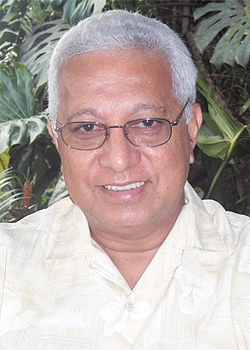 The President of the Oceania Olympic Committee, Dr. Robin Mitchell

Next years Pacific Games will be recognised as the Oceania Continental Games where Australia and New Zealand will also be given a chance to take part in the games for the first time since 1963.

The Pacific Games Council has decided to allow Australia and New Zealand in only four sports which are 7's rugby, Sailing, Weightlifting and Taekwondo for next years Pacific Games in Papua New Guinea.

This comes after the President of the Oceania Olympic Committee, Dr. Robin Mitchell and Pacific Games Council Chairman, Vidya Lakhan signed on a Memorandum of Understanding.

Oceania was the only region without a Continental Games and athletes from the region had to go to other competition and regions to try and qualify for the Olympics.

Dr. Mitchell said it is good for the Pacific in the sense that the Pacific Games Council is in control on the way they move forward.

Meanwhile, Pacific Games Council Chairman, Vidya Lakhan said one of the main reason for the delay in admitting Australia and New Zealand was the fear by several island nations that the two countries would dominate and the Pacific Games will lose its tradition and culture.