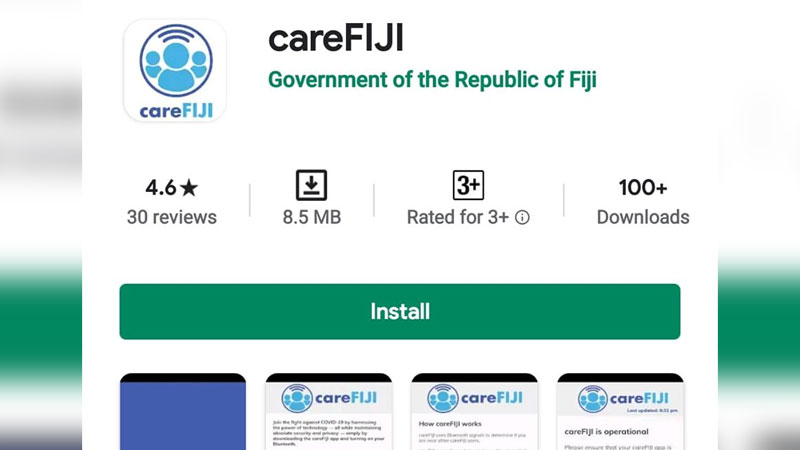 The careFIJI app, Fiji's COVID-19 tracing app has been launched by Prime Minister Voreqe Bainimarama and it is now available on Google Playstore or the Apple App Store.

He says it will instill a sense of confidence in other countries and show the world, and tourists, that Fiji is perhaps the safest nation on Earth to live, work, and holiday in.

Bainimarama adds that it will bring back lost jobs of friends and neighbours and restore lost income, and put us back on track to economic greatness. He says because the App uses Bluetooth and not data for its core function, careFIJI itself takes almost no data to use once it’s installed.

Bainimarama says careFIJI is designed to be as easy, secure, and hassle-free as possible.

The Prime Minister says it takes around 10 megabytes to install the App.

He says thanks to an agreement struck by the Ministry of Communications, both Vodafone and Digicel have agreed to reimburse their customers with ten times that amount, 100 megabytes free of charge.

Bainimarama says the digitalFIJI team has developed a dedicated website that provides additional information about the careFIJI app.

He says people can visit the website data-free by going to www.carefiji.digitalfiji.gov.fj.