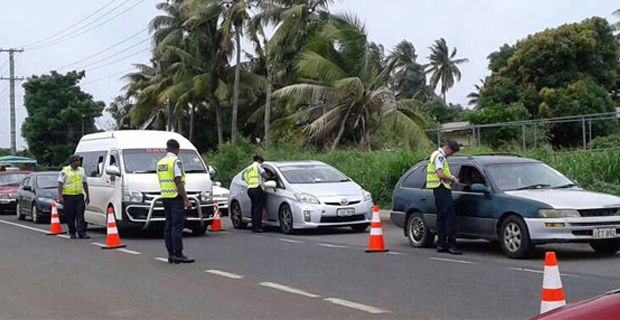 Police Director of Traffic, SSP Mahesh Mishra says they have zero tolerance for drinking and driving.

Full license private vehicle drivers also have to strictly follow the limit as there will be zero tolerance.

While launching the festive season road safety campaign, Mishra says no excuses from drivers will be accepted as it is a matter of life and death for the passengers.

The road death toll stands at 59 for this year compared to 66 for the same period last year.

Simpson says the purpose of this campaign is to draw to people’s attention on the Road Safety Campaign for the festive season this year. He says the other campaigns that have been running in previous seasons have not gotten the message to the people.

Simpson says their stop line for this campaign is ‘Keep Slaughter off Fiji Roads” and they make no apology for using very graphic images to portray this message.

The campaign starts today and will continue through the Christmas and New Year period.