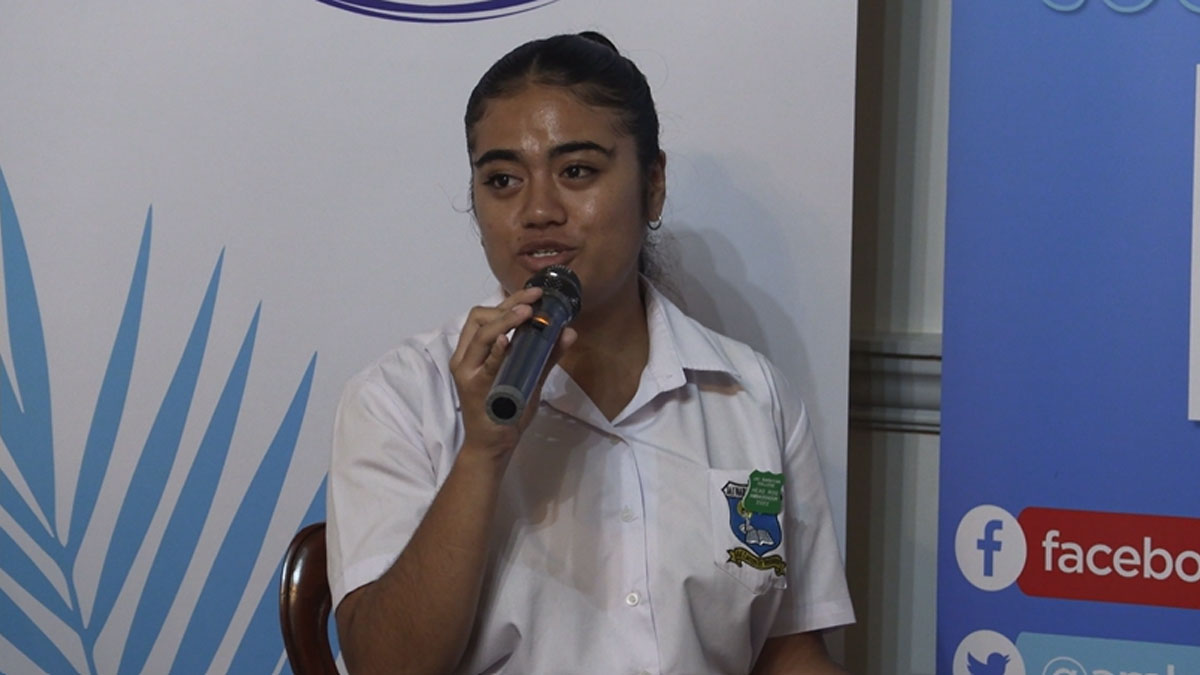 Young ambassadors for Recycling On the Go Project are thriving well to make a change in their schools and communities despite being called names and criticized.

During the roundtable discussion organized by the French Embassy on Recycling and Environmental Work in Fiji, Young Ambassadors leader Hefuhelava Kamaile says since environmental issues are becoming a major concern nowadays, 24 students of Jai Narayan College have engaged in proper waste disposal and are working with Waste Recyclers Fiji Limited to save the environment and make a change in people's lives.

Kamaile says at first it was a bumpy ride for the team as they didn’t know much about what to do because there was not much guidance and support provided.

She says some of the challenges faced by the team was the stigma surrounding the work they do as most people look at dealing with waste and rubbish as low-class work therefore people would call them and refer to them as rubbish collectors or mother of rubbish collectors.

The 18-year-old says despite being name called and criticised it did not stop them from doing what was right as most of them are very driven and kept thriving for it.

She says the main aim of the project is to inspire other students in what they do so that everyone can engage themselves and contribute to making a change at a national level.

She further says the team of young ambassadors are also going out to schools to participate and interact with students about these issues and how they can be solved. They are also broadcasting and sharing issues on social media and mainstream media to advocate for students about waste recycling.