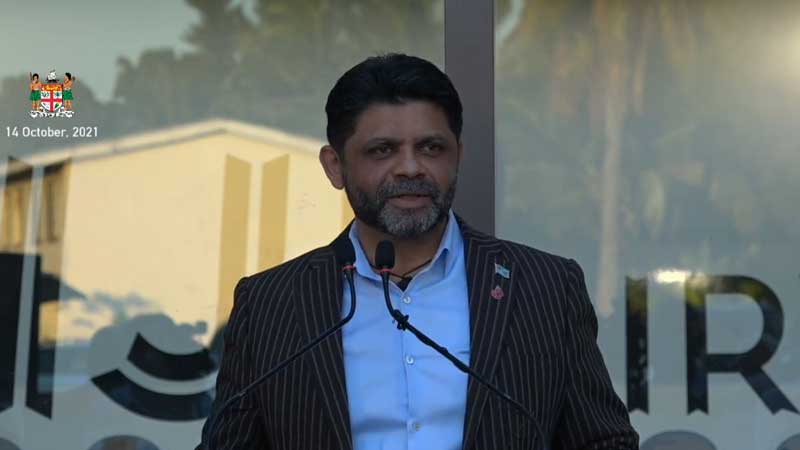 Minister for Economy Aiyaz Sayed-Khaiyum says in order to be able to deal with a crisis and to have some sort of vision with respect to the economy, you need to stick to a game plan.

While speaking at the official opening of the new Fiji Airways Academy in Nadi today, Sayed-Khaiyum says any new project requires a particular level of commitment.

He says you can achieve your objective by having a level of commitment and today we have more than 80 percent of the population fully vaccinated.

Sayed-Khaiyum says a few months ago, the Prime Minister made a number of announcements which faced criticism but today we have countries such as New Zealand who are following the same path.

He says that is the dividend we are reaping today.

The Attorney General says this academy offers a fantastic opportunity for Fijians and for Fiji Airways to reduce their expenditure and gain revenue.

He says Fiji could have pilots from Australia, New Zealand and even the US come and train here.

Sayed-Khaiyum adds all airlines in the world faced the type of financial issues that Fiji Airways has faced.

The Minister for Economy says a number of airlines had direct taxpayer funded bailouts to keep their staff on board however they have not done this.

He says instead they have provided guarantees which means a lot.

Sayed-Khaiyum has also thanked all the staff of Fiji Airways who have gone through some trying times.