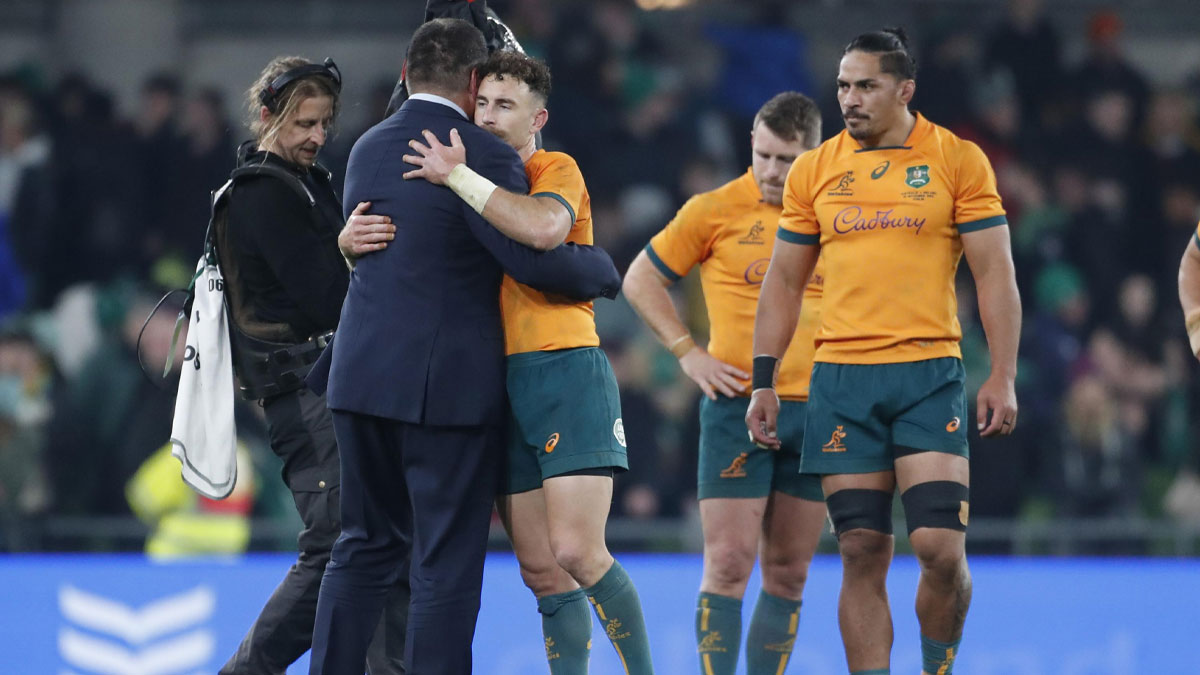 Rugby officials have defended how Australia scrumhalf Nic White was allowed to play on after he was concussed against Ireland this month.

White took a blow to the head in the second half and as he was leaving the field for a head injury assessment, he stumbled twice.

Those stumbles were “Criteria 1″ displays of possible concussion and should have automatically resulted in White’s permanent removal from the field.

But White passed the HIA by an independent match day doctor and returned to play the last 26 minutes.

The review said the medical team was correct in bringing off White for an HIA, but the match day doctor and Wallabies doctor were reviewing video of the head knock and missed White’s stumbles coming off the field.

“The second incident was not communicated to either doctor and therefore, in performing White’s HIA, (they) did not review any additional footage,” World Rugby said in a statement today.

Not until after the match when the medical team was made aware of the stumbles was video reviewed. White was then given a Criteria 1 diagnosis. He was stood down for 12 days, returned home, and missed the Wallabies’ last tour match against Wales last weekend.