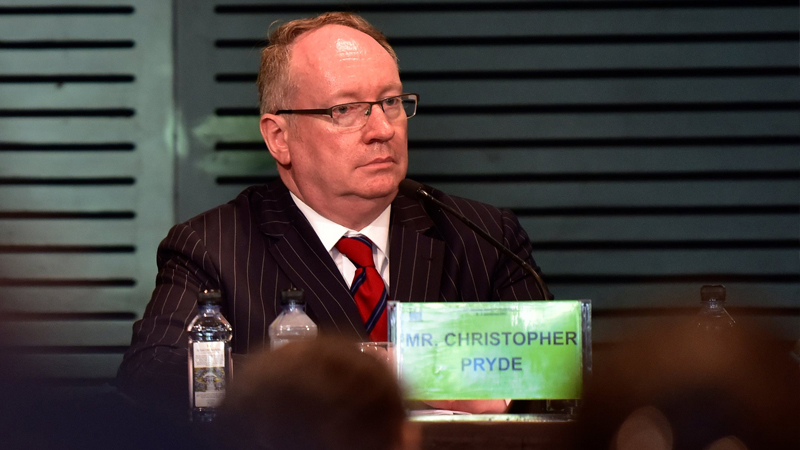 Words matter, especially from a Minister, and these words were inappropriate according to the Director of Public Prosecutions, Christopher Pryde while speaking about Minister for Women, Rosy Akbar.

In his latest statement issued today, Pryde says it is reassuring that the Minister has no plans to interfere with the judicial process in sentencing but he says the Minister was not misquoted and her own statement published in the Fiji Sun on Saturday refers to “lobbying for harsher penalties”.

Pryde says Akbar claims she was “lobbying” as a woman but she was not invited to make a speech as a woman but as the Minister for Women, a critical distinction.

The DPP says if she had been misquoted by the Fiji Times, the correct procedure would have been to make a complaint and request a correction.

Pryde says she has not done this so they are entitled to rely on the article as an accurate report of what she said at the consultation.

He says in any event, she has not denied that she was lobbying and the Fiji Times have confirmed the content was lifted directly from her speech at the consultation.

The DPP says boundaries need to be respected and the judiciary needs to be allowed to function without interference however well-intentioned the motive.

On the issue of speaking to child witnesses, Pryde says his original comment stands.

The DPP maintains that the Minister should not be meeting and talking to state witnesses when a police investigation is ongoing.

Pryde says this has the potential to taint the evidence and potentially jeopardise any future prosecution.

He says there are well-established procedures for dealing with child witnesses by trained professionals to ensure there is no re-traumatising of the victim and the integrity of the evidence is protected. 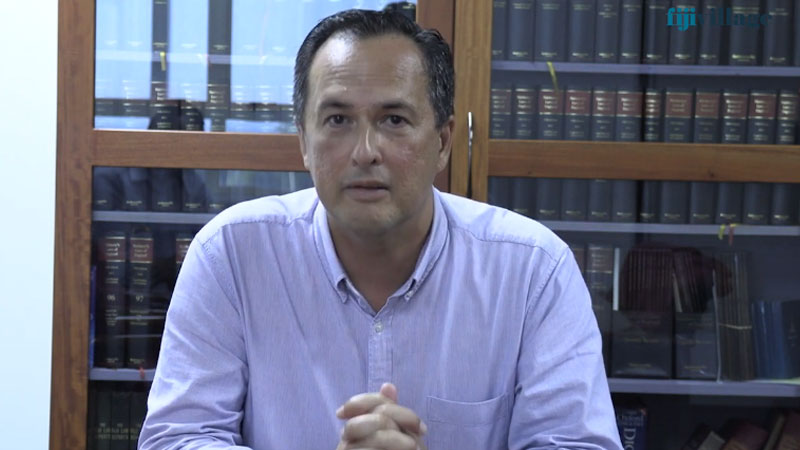 Sentencing matters must be left to the discretion of the judiciary, and ministers should be careful when commenting on criminal law matters according to the Fiji Law Society.

Law Society President, Wylie Clarke says the Fiji Society has noted with concern the remarks reportedly made by Minister Rosy Akbar at a recent meeting on the National Action Plan Against Violence Against Women, including that she “reminded” the judiciary of its role in domestic violence cases and that she lobbied the audience of judges and magistrates “for stricter measures in every single case of domestic violence and sexual offences because it could save lives.”

Clarke says Minister Akbar is further reported as criticising a court decision to grant bail to an accused person, implicitly suggesting that the judiciary does not know its job and has some responsibility for a very serious crime that was subsequently committed.

He says the Office of the DPP has expressed its concern at the Minister’s comments, saying that sentencing is a judicial function, not a political one.

The Fiji Law Society supports the position of the Office of the DPP.

Clarke says the Society shares the Minister’s concerns about the prevalence of sexual, physical and other forms of violence against women and children in Fiji, which is one of our country’s most serious social challenges.

He also says they support wide public debate on causes and possible solutions.

However Clarke says it is inappropriate, for a Minister - an officer of the executive arm of the State - to “lobby” the judiciary to impose stricter sentences.

The Law Society President says the separation of powers between the executive and judicial arms of the State must be respected.

Clarke says the Government and Parliament do have a role in these matters if, for example, they wish to legislate for specific sentences for sexual or domestic violence offences.

However, he says passing laws to prescribe sentences for any offence is risky, because laws cannot respond to every human situation.

Clarke says broad consultation is also an essential part of such an exercise, and the Government does not have a good record of consultation on important issues of law, such as the abolition of the assessor system or the restructuring of corruption courts.

He says while the Minister has the right, as all citizens do, to respectfully criticise judicial decisions, including on bail matters, she must ensure that this is not seen as trying to pressure the judiciary into adopting any general practice.

Clarke stresses it is particularly important that an influential politician is not seen to do this.

He says strong rule of law is built on respect for and adherence to a clear separation of powers between the executive, the legislature and judiciary.

Clarke says on important public issues such as this, there is a role for all of us, including the public.

But he says it is equally important that we all understand our roles - and “stay in our lanes”. 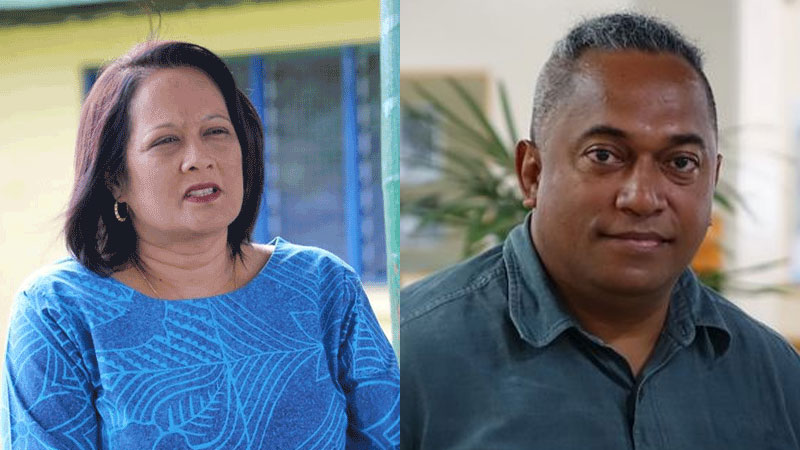 The Ministry of Women, Children and Poverty Alleviation says it has never nor does it ever plan to interfere in the judiciary’s sentencing process and the Director of Public Prosecutions has used incorrect and out of context information published in the Fiji Times to make a factually inaccurate statement about the Minister for Women, Children, and Poverty Alleviation, Rosy Akbar.

The Ministry says when the Minister says she would lobby for harsher penalties against perpetrators of rape and sexual violence, she is speaking as a woman and mother who has been fighting for these causes for almost her entire life.

The Ministry says the DPP misquoted Akbar, who is well aware of the fact that this is a judicial process, and the word ‘lobby’ in the Fiji Times article referred to a closed consultation process and wasn’t referring to any current or specific case.

It says the DPP, in his statement, also mentioned that Akbar met with the child who had witnessed the Volivoli homicide, and that this could potentially jeopardise any future prosecution.

The Ministry says this is also incorrect.

It says the victim’s mother had passed away and Akbar, along with Ministry officials, were attending her funeral.

The Ministry adds the Department of Social Welfare is mandated to assess the care and protection of children who have lost their parents and in carrying out their duties, Ministry officials discussed the guardianship of the two sisters, and in no way interfered with the case but carried out the role of the Ministry.

It stresses no witness were interfered with in any way.

The Ministry further says as the Minister responsible for the care and protection of children, women, the disadvantaged, people with disabilities, and older persons, Akbar will continue to provide and support child protection, gender mainstreaming, social protection, and empowerment programmes to address people’s needs and to alleviate poverty in Fiji.

Akbar says when it comes to the safety, welfare, and well-being of the child under the custody of the State through the Ministry of Women, Children, and Poverty Alleviation, she takes full responsibility.

Meanwhile, Fiji Times Editor-in-Chief, Fred Wesley says they accurately reported the Minister’s comments. He says the statement from the Ministry of Women does not explain what was incorrect or out of context about the Fiji Times report.

Wesley says it is not unusual for Government Ministries to claim that Fiji Times is spreading misinformation.

He adds they are used to these claims however the Fiji Times does not do this.

We have also contacted the DPP for their response. They are yet to respond. 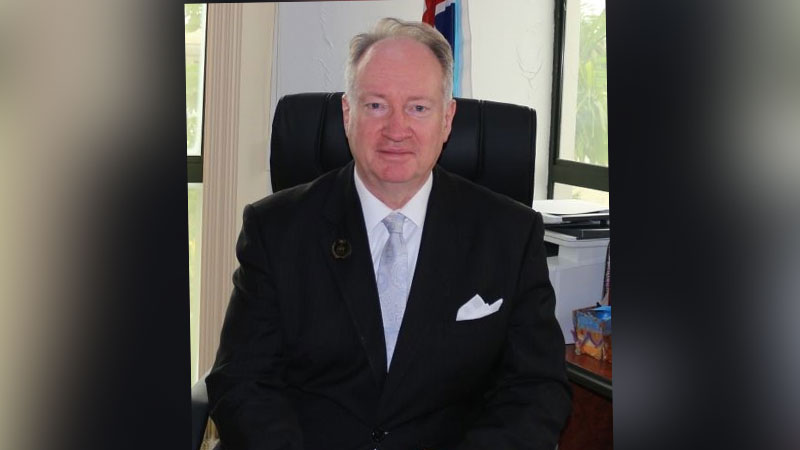