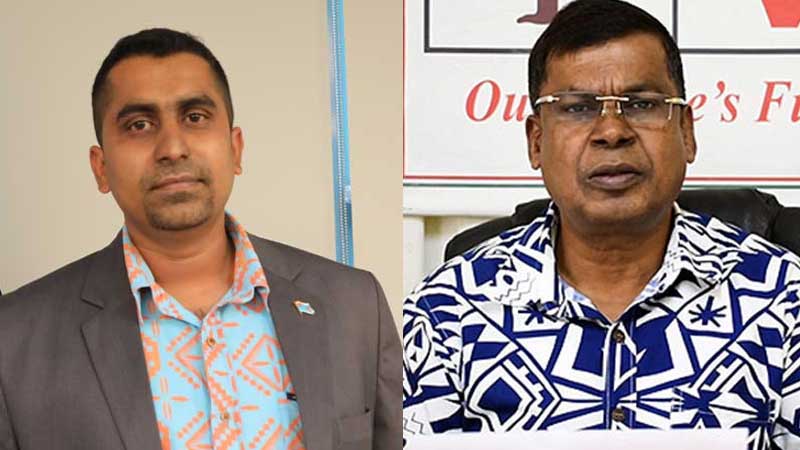 Acting Permanent Secretary for Economy, Shiri Gounder says the Fijian Government is taking steps to convert the $173.8 million debt owed by FSC to Government into equity, with the intention to strengthen the balance sheet of the FSC.

Gounder has released the statement this morning after National Federation Party Leader, Professor Biman Prasad questioned why the Government is acquiring FSC’s shares held by minority shareholders and individuals at half a cent per share.

The Acting Permanent Secretary for Economy says prior to the initiation of the debt to equity conversion process, the Fijian Government being the majority shareholder held 68.11 percent percent shares, while the Fiji National Provident Fund and Fijian Holdings Limited held 17.59 percent and 8.86 percent shares respectively. Other minority shareholders held 5.44 percent shares in FSC.

He says undertaking a debt to equity conversion without obtaining a full 100 percent shareholding first would have further diluted the minority shareholders.

Gounder says minority shareholders have protection under the Companies Act and any such action would have jeopardized the entire debt to equity conversion process.

Gounder says given that Government now has more than 90 percent shareholding, Government has offered the same price of $0.005 (half a cent) offered to FNPF and FHL to compulsorily acquire the remaining minority shares. This is in line with the provisions in the Companies Act.

However NFP Leader, Professor Biman Prasad says this means that the shares hold no value, are worthless and the offer is even below the minimum legal currency tender of five cents.

Prasad says he was sent copies of correspondence by individual shareholders who were shocked and angry to receive this communication from the Ministry of Economy, which advised them of the Government’s decision to compulsorily acquire minority shares at half a cent per share by invoking Section 263 of the Companies Act 2015.

The NFP Leader says what is alarming is the fact that Government has offered only half a cent for each share when minority shareholders including cane growers and individuals and other organisations, would have paid $2 or more per share during FSC’s financially viable days.

Prasad adds cane growers, pensioners, widows and all private shareholders who have faithfully endured years of no returns, and who received this pathetic offer to unfairly fleece them of their just dues, should come together and make a case to the Reserve Bank of Fiji to uphold their shareholder interests, as section 13 of the Companies Act clearly lays out.

He has further questioned whether this is being done to sell FSC to a private investor at a giveaway price or is it to further downscale or downsize the industry by just having just one mill each in Viti Levu and Vanua Levu.

More Fijians are expected to get employment opportunities in Australia after Labour Solutions Australia interviewed 56 potential workers since ... 42 minutes ago