Jiten Reddy decides that he will not represent Rakesh Varman

Jiten Reddy decides that he will not represent Rakesh Varman 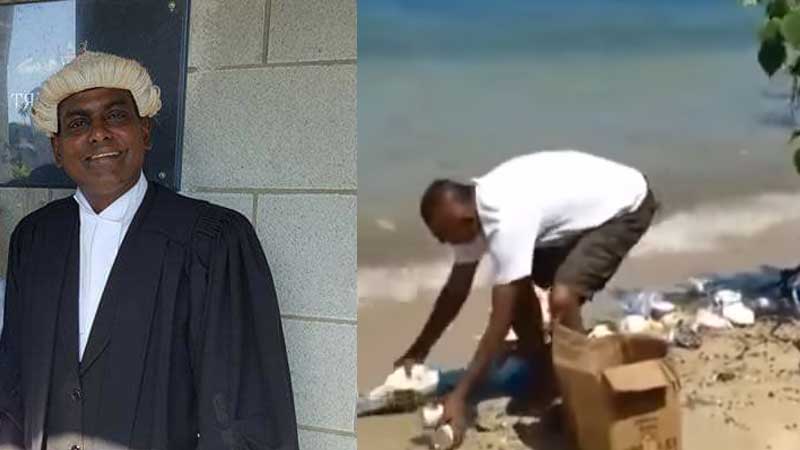 Lawyer, Jiten Reddy says he has decided that he will not represent suspended Referees Director of the Fiji Football Association, Rakesh Varman as he is the Vice President and a board member of the Fiji FA.

Reddy who initially confirmed that he was representing Varman is now saying there will be a conflict of interest as he is part of the Fiji FA and the soccer body is investigating Varman.

Meanwhile, Varman has denied the allegations that he threw rubbish on the beachside and adds he is considering taking legal action against the person who leaked the video which is circulating online.

The video shows Varman picking up rubbish strewn over the beachside and the person shooting the video saying that the senior official had allegedly dumped the rubbish including baby diapers on the beach.

Varman says he and his wife were allegedly threatened by the man to pick up rubbish and he had to do it to avoid further problems.

He says he does not take responsibility for throwing the rubbish on the beach and the video has been wrongly portrayed.

Varman adds the incident happened in March and he picked up the rubbish under duress.

On Friday evening, the Fiji Football Association made a statement that for this alleged action as seen in the video, the staff member has been indefinitely suspended with immediate effect and has been advised to provide a detailed report on the issue as well on his personal capacity.

Minister for Waterways and Environment, Doctor Mahendra Reddy says he has asked the Permanent Secretary for Environment to start the process of prosecution for the now-suspended Fiji FA senior official caught on video after allegedly disposing waste on the beachside.

A 31-year-old woman who crossed the Nawaka containment area to travel to Vatusekiyasawa Village in Ra has been taken into police custody. Acting ... 21 minutes ago