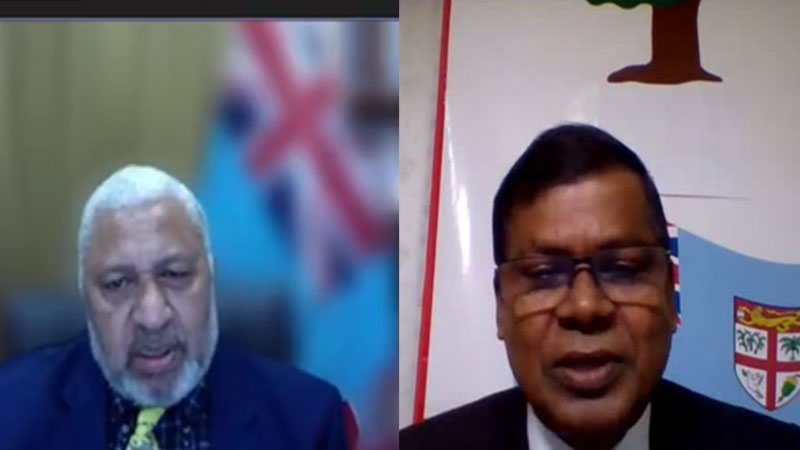 Prime Minister and Minister for Sugar, Voreqe Bainimarama says they will pay cane farmers whatever was promised in the 2021/2022 National Budget.

Bainimarama stated this after National Federation Party Leader Professor Biman Prasad asked whether the cane delivery payment will be increased from $32 to $51 which will amount to 60 percent of the guaranteed $85 per tonne of cane.

Bainimarama says they have $85 per tonne in the budget and this is what they will pay.

Prasad again asked for an explanation whether the cane delivery payment will be increased.

Minister for Economy, Aiyaz Sayed-Khaiyum then said the Prime Minister has answered the question. Sayed-Khaiyum adds the delivery payment has been increased by the FSC and the farmers are happy with what was announced in the budget.

The NFP Leader was not convinced with the response and continued asking about the cane delivery payment.

Minister for Employment, Youth and Sports, Praveen Bala and SODELPA MP, Simione Rasova then also joined in the debate on this issue.

$46.9 million has been allocated for Sugar Stabilisation Fund in the 2021/2022 National Budget.