We will not bow down to the infantile, want-to-be, smart alec comebacks of a civil servant – Qereqeretabua

We will not bow down to the infantile, want-to-be, smart alec comebacks of a civil servant – Qereqeretabua 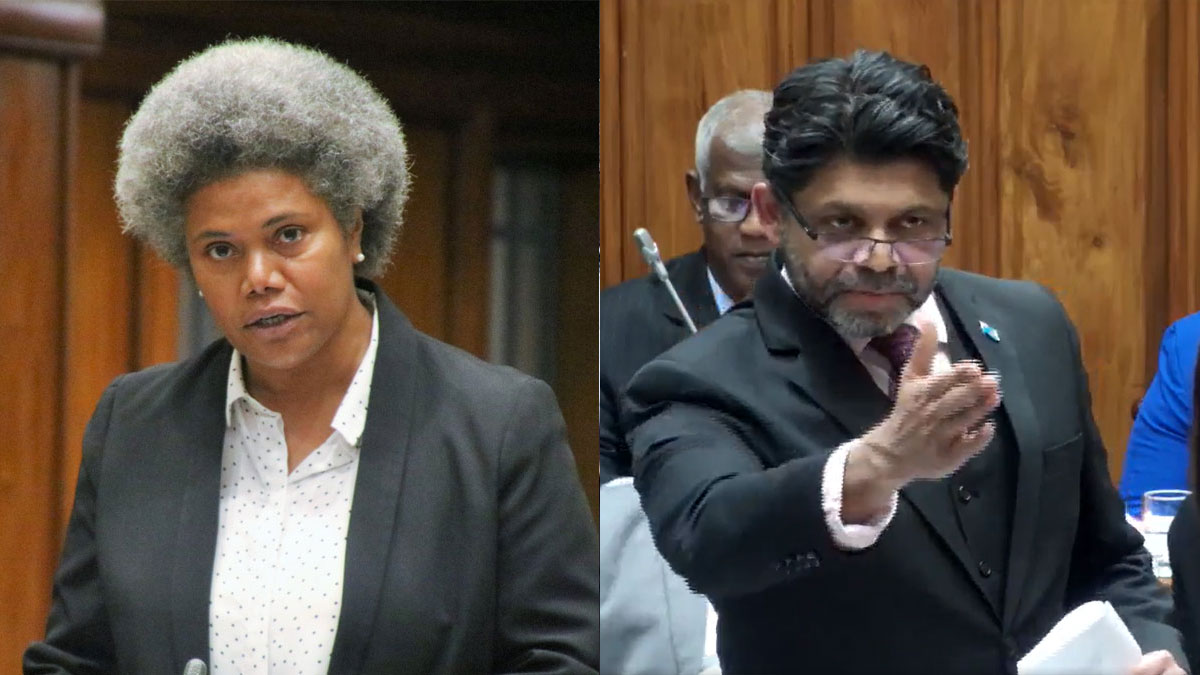 National Federation Party MP, Lenora Qereqeretabua says they will not bow down to the infantile, want-to-be, smart alec comebacks of a civil servant who has one job that is to ensure people register and vote and even that he fails at miserably while Attorney General Aiyaz Sayed-Khaiyum says Qereqeretabua nearly spent three quarters of her statement attacking the Supervisor of Elections and calling him all sorts of names.

While opposing the Electoral Amendment Bill, Qereqeretabua says now the Supervisor of Elections, Mohammed Saneem wants wide powers to demand any information from anyone at anytime simply based on reasons to believe that a person has information or documents relevant to or required by him to do his job.

She asks why does he want all these powers.

The MP says the Fiji Law Society has already criticized the breadth of these powers and their implications on human rights and the Law Society of Australia has spoken in similar terms.

Qereqeretabua adds no one person should be given this width and breadth of power.

She says the NFP rejects this Bill and condemns it in the strongest possible terms.

She also says the Supervisor bows at the feet of the Parliament and he is accountable to all of them despite the other side trying to protect him.

While responding in the right of reply to Qereqeretabua, Sayed-Khaiyum says Fiji’s development partners are taking Saneem overseas, saying use this what they have done in Fiji as an example to what you should do in your country.

Sayed-Khaiyum also says the Opposition knows they will lose the next elections and they are already looking for excuses.

The Bill has been passed in parliament.