No one is taking away people’s freehold land – Prof.Prasad

No one is taking away people’s freehold land – Prof.Prasad 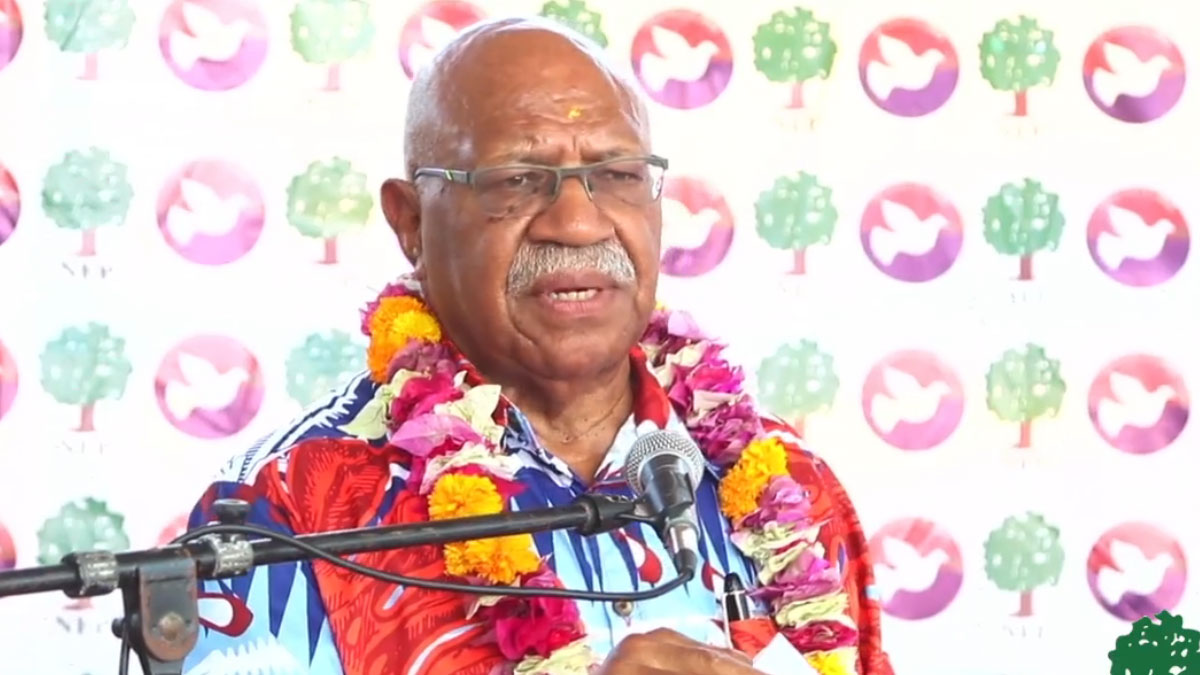 People’s Alliance Leader Sitiveni Rabuka in his message to the Prime Minister says the people will not be intimidated, will not be afraid and will stand confidently up to him because they are united in their purpose to change the government.

In a joint rally with the National Federation Party in Rakiraki today, Rabuka says they will not be afraid of Bainimarama’s fear mongering because the truth is that this government has not kept the people of this country safe especially during the COVID period.

He says if this government had acted wisely, we would not have gone through the pain we went through.

He says no single man can guarantee the country’s safety and men who make such promises throughout history have come and gone and have not been able to make good on their promise.

The former Prime Minister says our safety and security is in the hands of the people in positions of authority in the three main pillars of a democratic country.

He says their systems have not worked - their free lunches, their plan to provide tablets for school children, their education reforms were prepared by expatriates who were sacked and replaced before we could remember their names and it was all a FijiFirst failure.

Rabuka says after 16 years of just being there, people are lining up for bus cards and this government has made it more difficult for people to function because of all the bureaucracy.

He says his heart is saddened every time he sees single mothers having to line up for hours to top up their children’s bus cards and asks is this the Singapore that Minister for Economy Aiyaz Sayed-Khaiyum promised us.

He says Singapore has a very efficient and fully democratic government but this government does not consult because Sayed-Khaiyum thinks he knows better than anyone else and his leader endorses it all.

Rabuka further says the people are fed up of Sayed-Khaiyum’s dismissive leadership, his pride and arrogance.

Meanwhile, National Party Federation Party Leader Professor Biman Prasad says the people of Fiji are not cowards and are not threatened by them.

Prasad says the Prime Minister is spreading lies about freehold land in Fiji when he claims a Rabuka-Prasad government would take away freehold land.

He says the Prime Minister and Sayed-Khaiyum are lying to the people of Fiji when they say a Rabuka-Prasad government will remove bus fare subsidies and other social welfare initiatives.