We were worried that if we were not transparent of the expenditure framework, we were going to get into trouble – Dr Fong

We were worried that if we were not transparent of the expenditure framework, we were going to get into trouble – Dr Fong 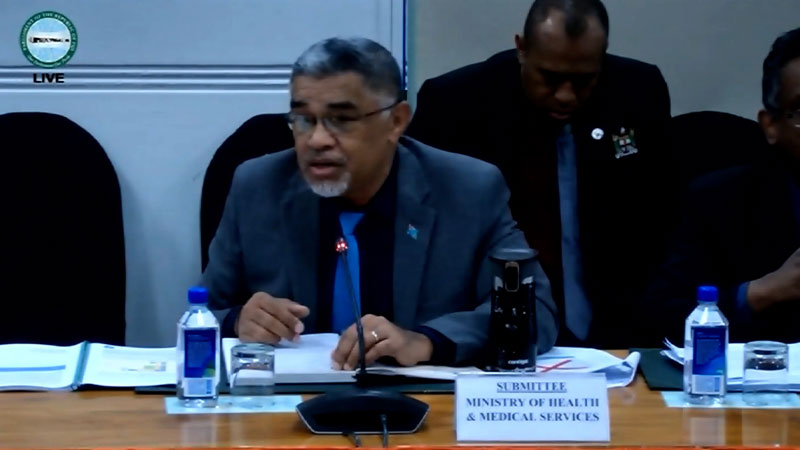 We were fearful a little bit because of the unprecedented nature of the COVID-19 disaster and we were worried that if we were not transparent of the expenditure framework, we were going to get into trouble.

That was the explanation of Permanent Secretary for Health, Doctor James Fong before the Parliamentary Standing Committee on Public Accounts on audits relating to COVID-19 Response.

FijiFirst MP, Virendra Lal had questioned the staff of the Office of the Auditor General how necessary was it to audit the Ministry of Health while they were dealing with the pandemic.

Acting Deputy Auditor General, Finau Nagera says there was a plan in place, the rationale for the audit was to check if things were being implemented according to plan and they understood the situation at the time.

Doctor Fong explained that they had to take pre-emptive action to ensure the real time audit takes place, they had provided a desk to the Office of the Auditor General and it also helped them during the Delta outbreak.

While responding to the recommendation that the ministry should formally submit a Fiji COVID-19 preparedness and plan to cabinet, Doctor Fong says he was briefing the Prime Minister and others daily at 10am, and he was dealing with the generic recommendations even from the WHO and the operational details on the ground.

He says they all understood that what was happening at that time was unprecedented.

Doctor Fong also says it became difficult for them to articulate specifically what needs to be passed by cabinet, and as the people he was supposed to narrate to were meeting with them on a daily basis on the generic recommendations and the operational plans, he did not see a reason to further brief the same people again.