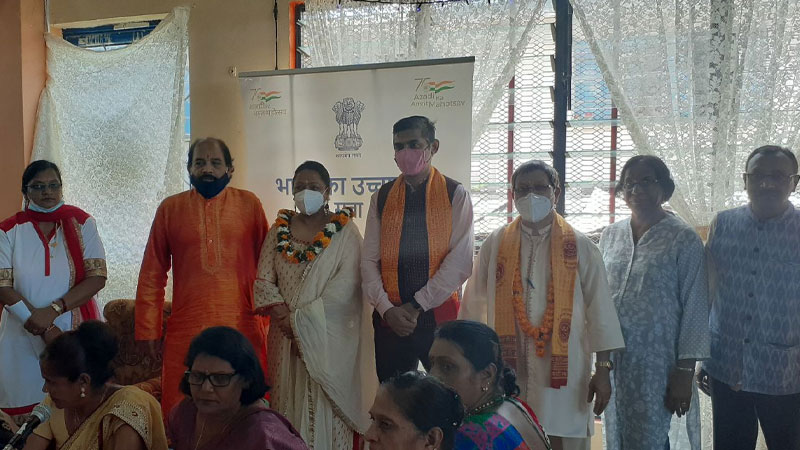 Minister for Education and Heritage Premila Kumar says we should appreciate the 2013 Constitution that has created fairness and has allowed everyone to practice their religion as 35 years ago, people had difficultly in practicing their faith.

Kumar highlighted this during the Holi celebration at the Sanatan Shiv Temple today.

She says she recalls 35 years ago, the days when the people of Fiji, particularly Hindu’s and other races had difficulty practicing their religion.

The Minister says 35 years down the line, we have a constitution that gives us the right to practice any religion and there is no restriction whatsoever.

She says she appreciates that Fiji is a secular state.

The President of the Shree Sanatan Dharm Pratinidhi Sabha of Fiji, Sarju Prasad says Holi is a festival of colours and red is the colour for love so we must promote love within our people.

He further says he is grateful that the Government has relaxed COVID-19 protocols and they will be able to celebrate a religious festival without any restriction on gathering for the first time in over two years.

He says at the same time he is urging people to be responsible when celebrating Holi to ensure that COVID-19 is not spread further in our communities.

The Indian High Commissioner to Fiji, Palaniswamy Subramanyan Karthigeyan says he celebrated Naag Panchami for the first time in his life in Fiji and today is the first time for him to be listening to Faag, a type of Indian folk song sung during Holi.

He says this shows the rich culture, tradition and identity brought 142 years ago by the Indian ancestors has not just survived but has thrived.

Holi will be celebrated on the 18th of March.