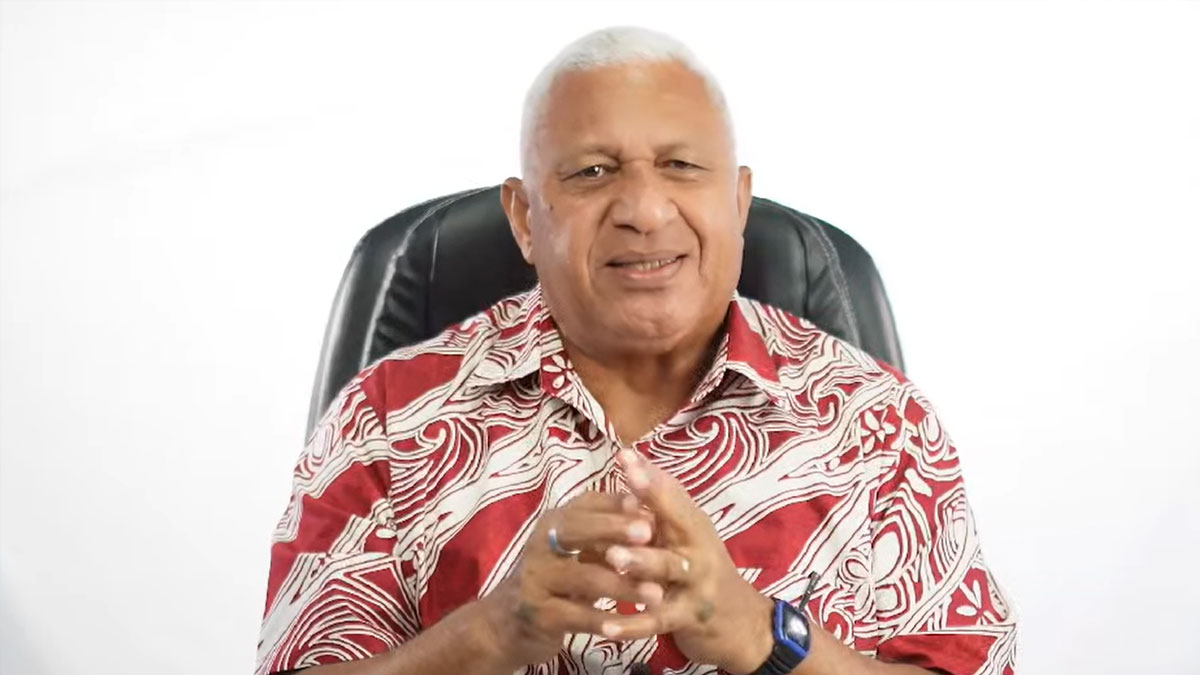 FijiFirst Party Leader, Voreqe Bainimarama says they have gone without the Great Council of Chiefs in the last 7 to 9 years and they do not want it back.

While speaking at the FijiFirst Rally in Nawaka, Nadi, he says no one has missed the Great Council of Chiefs especially the youths and all they want right now is education and employment.

The FijiFirst Leader says the GCC brings politics and he does not want them to politicize the country.

He says the government will be running one way while the GCC is running the other and the two will clash with what they stand for. He adds the GCC was present when the Momi and Denarau land was lost and everyone knows that story.

Bainimarama further says it is a very important election for them because people will decide whether they will carry on going forward with FijiFirst or go backwards with some of the political parties that are talking loud but clearly have no track record.

He says someone had told him that Rabuka was asked a couple of days ago why he would want to lead again and Rabuka said to look at his track record.

Bainimarama says Rabuka does not have a track record.

He says if the people want FijiFirst to lead again they have to look at the party’s track record and they have shown this in Nadi.

He adds all the developments in Nadi shows what a great track record they have put in place.

The FijiFirst Party Leader says on 14th December people will have one opportunity, one chance and one tick to decide if they are moving forward or backwards on the leadership of those parties who want to lead the Fijian government.

He adds they have an enlightening group that has been enlightening Fijians on what the FijiFirst Party has done in the last 8 years.

He says he wants people to remember because they want the change.

He also highlighted the issues that has come recently during the campaign period especially from other political parties.