Govt has no shame in misleading, hoodwinking & making false promises to people - Radrodro

Govt has no shame in misleading, hoodwinking & making false promises to people - Radrodro 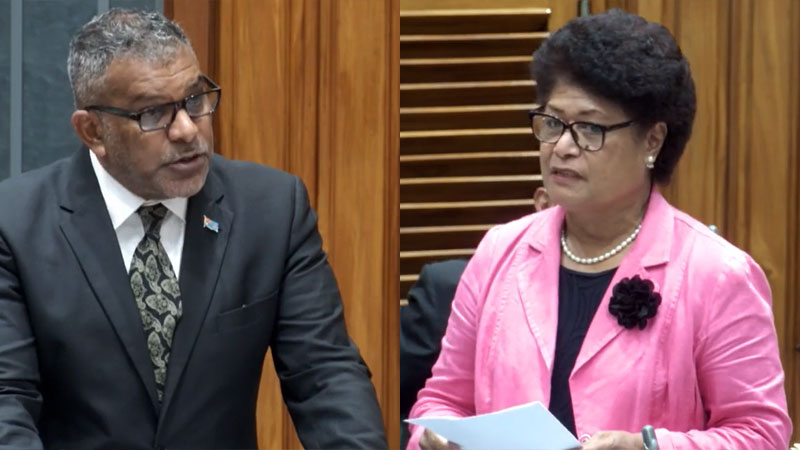 Minister for Commerce, Trade, Tourism and Transport Faiyaz Koya says the FijiFirst Government has done more to address poverty related issues over the years than any other government while SODELPA MP, Salote Radrodro says government has no shame in misleading, hoodwinking and making false promises to the people.

While speaking on NFP Leader Professor Biman Prasad’s motion for the Standing Committee on Social Affairs to undertake an inquiry into the causes of poverty, Koya says this inquiry will not solve anything.

Koya says we should not forget the COVID-19 pandemic wiped out about 40% of Fiji’s GDP where those employed in the critical sectors such as tourism instantly lost their jobs.

He says as usual, the Fijian Government did not let these people suffer due to this external shock and immediately worked on COVID package for those who lost their jobs.

Koya says what they are doing is supporting and sustaining local businesses to ensure our economy remains resilient from within.

He says even the World Bank Group confirmed that Fiji’s unemployment rate was around 4.5% in 2019 which increased to 4.7% and this was due to obvious reasons.

Koya adds the ADB says Fiji’s poverty rate is around 29.9%, contrary to what is being banded about by the Opposition.

While supporting the motion SODELPA MP, Salote Radrodro questioned whether the government cares about the people of this country, especially those living below the poverty line.

Radrodro further says the poverty situation in Fiji is the government's performance indicator.

She also reminded the government ministers of the pillars of good governance which are consensus agreement, accountability, transparency, responsiveness, equitable and inclusiveness and one that follows the rule of law.

Radrodro then questioned the government how they are using these pillars of good governance in regards to public service delivery.

Radrodro says it is the government’s target to reduce poverty by 50% in the year 2030 but it has been heard that poverty continues to increase.