We do not want Suva to be burned again, Govt respects the landowners - Seruiratu

We do not want Suva to be burned again, Govt respects the landowners - Seruiratu 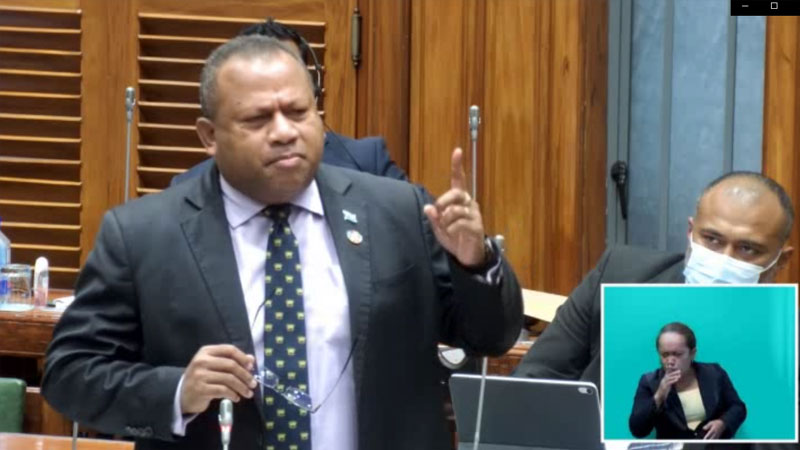 Minister for Defence and National Security Inia Seruiratu says he is sorry that some people are being interviewed but Police are just doing their job.

Seruiratu says this is because of what has happened in the past and they do not want Suva to be burned again.

While supporting the Bill to amend the iTaukei Land Trust Act, he says we should look at the facts and as politicians they have a responsibility to inform the people.

The Minister says Bill No 17 is here as a consequential bill because of the situation we are in.

Seruiratu says during a crisis, the primary industry such as agriculture, fisheries and forestry are very important for the economy to grow and all this is dependent on the land.

He says if we want to diversify based on the current situation, then such amendments are necessary.

Seruiratu says Government respects the landowners and he does not know how many people that signed the petition to withdraw Bill No 17 actually read the Bill, let alone fully understood it.

He says this has been an issue in the past where people are being used by politicians and they come to Parliament without even knowing why they are there.

A suspect is in police custody after the death of a 19-year-old man in Vatukacevaceva in Ra. Police spokesperson Ana Naisoro says the man was ... 40 minutes ago